A sheep farmer from Brecon has voiced his frustration after a dog killed one of his ewes in lamb. 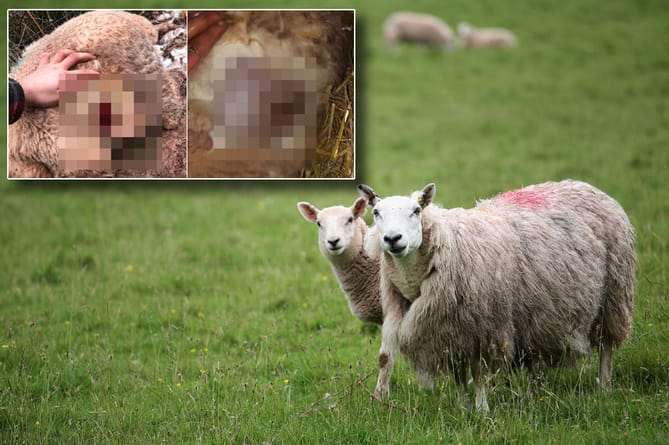 While Lewis Walters did not see the dog or dogs which killed his sheep last month, although he said has seen enough dog attacks to be able to identify one.

The 25-year-old, who has been a sheep farmer in Brecon for as long as he can remember, said: “I didn’t see it happen but I’ve seen a lot of dog attacks so I knew it was a dog attack.

“That ewe which was in the photographs, she later died - about three days after.”

As well as the pregnant ewe which was attacked on Saturday, February 5, Mr Walters said they found another sheep with injuries from a dog to its face, although she survived.

“We got them in after, the whole bunch, and we noticed there was another one that facial injuries.

“We sorted her and she survived, but that other one died. It’s not just us, every day you see it on social media - it’s happening every single day all over the countryside and nothing is being done about it.

“It’s a small minority of dog walkers that are the problem, but it gives all of them a bad name in a way.”

Under the Dogs (Protection of Livestock) Act of 1953, it is illegal to have your dog off the lead near livestock.

It is also illegal for a dog to “worry” livestock which includes attacking and chasing of animals such as sheep, cattle, goats, pigs, horses, and domestic poultry.

Dog walkers could be fined up to £1,000 for walking their four-legged friends of the lead in a farmer’s field in the UK if they are caught.

Mr Walters said: “Really it’s, if they don’t own the ground and it’s not theirs, the dog should be kept on a lead at all times no matter how obedient the dog is.

“Basically, they’re bred from wolves so they’re always going to have that hunting instinct in them.

“It’s quite upsetting really because the sheep doesn’t stand a chance does it? It’s never going to stand a change and you never know, there could have been more than one dog involved and that would have just petrified the whole flock,” he said. 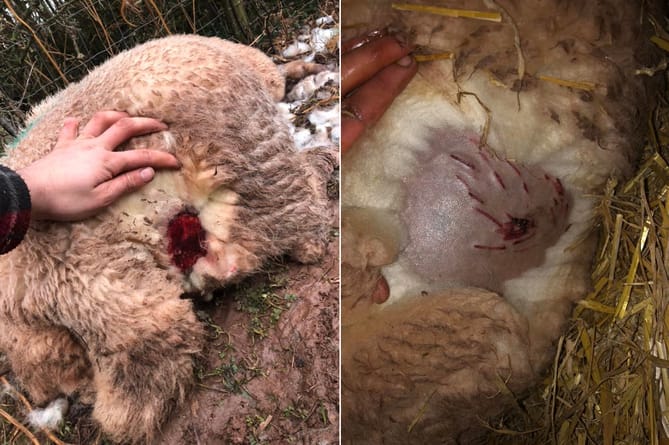 “We’ve had it before, we seen two dogs chasing the whole flock - it’s not pretty to watch and it’s not nice to find them either. You can do something if you see it happening, but when you find them, you know they’ve had a horrible experience and it’s too late.”

Mr Walters said that while he has encountered some defensive dog owners, he said that it is only a minority who flout the rules.

He said: “The law says dogs have to be on leads around livestock but some people think they are above the law.”

When asked about whether there is such thing as a “safe dog” around livestock, he said that it depends on how the dog has been raised but that they should be kept on a lead regardless.

Mr Walters also highlighted the number of dogs which attack other dogs and said he feels all dogs should be kept on a lead when being walked on “ground that is not owned by the owner”.

The farmer said he did not report the incident to police as he has reported similar incidents in the past but nothing came from it.

Mr Walters added: “On the farm we have different dogs and they’ll never look at the sheep, but it’s just the way they’ve been brought up, they know not to.

“It’s not fair - people are putting the dogs in a situation where they’ve never really seen livestock and they don’t know what they’re gong to react like and then they’re walking with the dog off the lead. Sometime it’s not the dog’s fault. I have seen sheep worrying before a couple of times in the past, and you get the people then who, when they’re caught doing it, they’re not very polite.

“One experience we had, the man was quite aggressive and it was him who was in the wrong.”