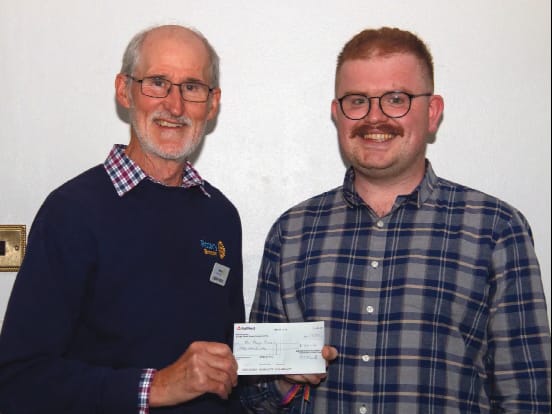 Brecon Rotary Club has announced the winner of its annual photography competition.

The competition closed at the end of April and saw a total of 23 entries received from nine entrants.

The overall standard was very high and the theme ‘Beautiful Breconshire’ was interpreted quite widely, giving rise to a variety of images.

The winner of the competition has been announced as Rhys Evans, with his beautiful image of the Castle in Brecon. Although an iconic image of Brecon, the Rotary judges commented that Rhys has taken the shot from a slightly unusual position, as well as included some flowers and incorporated great lighting in the shot. Well done and congratulations to Rhys.

Second prize and another congratulations goes to Hazel Price for her photograph entitled ‘Snowy boats at Llangorse’. Judges commented on the detail of the snow on the ground and the boats, and how this contrasted wonderfully with the blue lake.

There were also seven runners-up in a category of ‘highly commended’ whose images were of very good quality. These were: Peta Mellors, Zoe Mathias, Gail Sequira, Niall Alpin, Keith Noble, Andrew Davies and Tina de Moulipied.

Gail Sequira, who runs the Borderers Guest House and The Comfort Kitchen, said that she was very excited to have one of her images in a calendar.

Rotary president Roger Reese said: “Thank all the entrants for sending in such lovely photographs.

“Images from the winners and runners-up will appear in the Brecon Rotary Charity Calendar 2023 and therefore the entrants have all helped to make this a very local project contributed to by local people.”