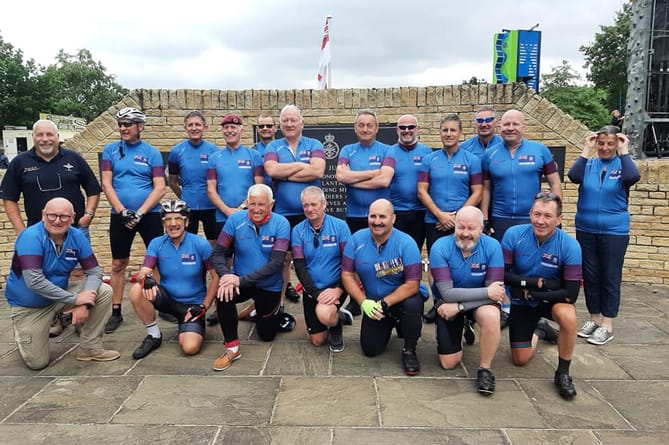 The group of cyclists (Falklands 40 )

A group of cyclists arrived in Brecon earlier this week as part of a tour to mark the 40th anniversary of the Falklands War.

On Monday, June 6, the group called Falklands 40 arrived in Brecon on the second leg of a UK tour to mark the 40th anniversary of the war.

Members of the group are all veterans and, in doing the tour, wish to highlight the qualities that it took to reclaim the Falkland Islands back in 1982 namely Endeavour, Endurance and Comradeship.

The tour started in Cardiff at the National Falklands memorial Sunday, June 5, and they will finish this Sunday, June 12, in Aldershot. 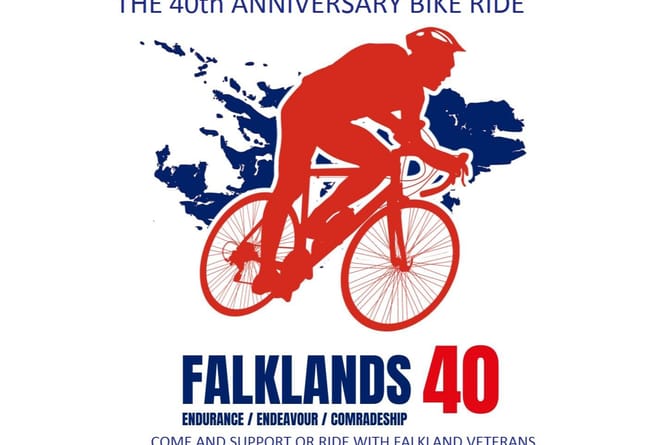 The group arrived in Brecon at around 10.15am at the Dering Lines end of town. They were due to call in at the barracks for a photo with members of 160 brigade headquarters before proceeding to the Peace Garden for a short service.

The riders arrived in three groups and were only in the town for around an hour before they once again departed for the next leg of their journey.

In the Peace Garden is Brecon’s own Falklands memorial installed by The Brecon Hive as part of their renovation of the garden.

The memorial was the focus of the short service which will be led by the new Bishop of Swansea and Brecon John Lomas - also a veteran of the Falklands war - and it was attended by Fay Jones MP and James Evans MS.

During the service the Brecon community “Alive & Kicking” choir sang “Bring him home” from Les Miserables, and before and after the service there was musical entertainment, including the Brecon ukulele group who played a tribute to D-day as the 75th anniversary of this campaign also fell on June 6.

Brecon and Radnorshire MS James Evans took to social media to comment on the “powerful” service in the Peace Gardens.

He said: “A very powerful service in the Brecon Peace Garden this morning to commemorate the 40th anniversary of the Falklands War. Wreaths were laid at the memorial, with prayers led by the Bishop, himself a Falklands veteran. Thank you all for your service.”