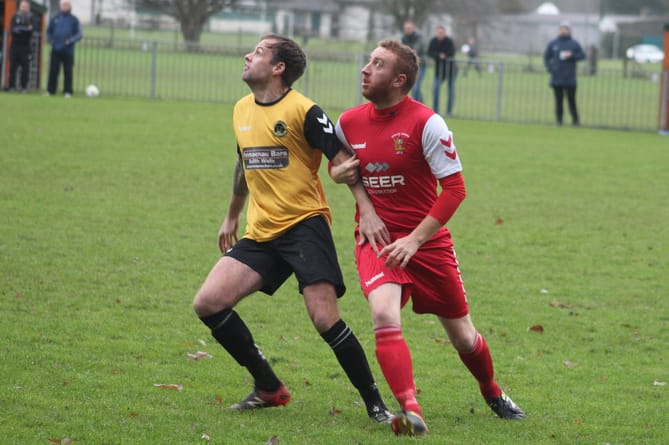 Builth Wells FC have announced a new management team as they prepare for life in the Ardal League North East, writes Paul Worts.

The Bulls, who were promoted from the MMP Mid Wales League (East), have named former Monmouth Town manager, Scott Russell as joint manager to work alongside Jason Samuel.

Another Monmouth man, Dan Chance will be the first team coach while Scott Davies, who previously has coached Newbridge, returns to his home town club following a season with Monmouth. Winger, Lyndon Jones and midfielder, Kejan Foryszewski followed Davies from Newbridge and the pair have now signed for Builth. Another new face on the Lant Field is talented young striker, Jamie Evans who impressed with Rhayader Town in the Ardal league South East last season and has made a shock switch from The Weirglodd. Builth’s other new signing is Olivier Derikoye who has recently moved to the area. The defender has played abroad and his last club was Solihull Borough.

Departing however are Greg Preece and Adam Farmer who have joined Tier Two sides, Abergavenny Town and Llanidloes Town respectively. Both were key to Builth’s success last season and Jason Samuel said “We obviously wish them well at a higher level and the door is always open if things don’t work out for them”. Samuel is delighted how things are going and said the arrival of the ex-Monmouth trio to the management team has been like a breath of fresh air and admitted it has taken some of the pressure off him.

Builth open their Ardal league North East season at home against Welshpool Town on Saturday August 6 while this week-end they travel to Dolgellau in the JD Welsh Cup.

Meanwhile Builth Wells Reserve also have a new managerial team to lead them into the FAW National Reserve League Central. Shane Claridge and Steve Jarvis have stepped down after guiding the young Bulls to a Mid Wales League (South) League and Cup double.

Replacing them are Bradley Rollinson and Dave Thomas, part of that double winning side, who will be assisted from the dugout by former Llandrindod Wells defender, Rob Saunders.