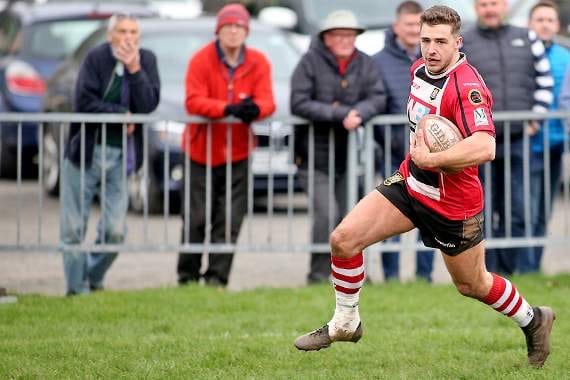 BRECON RFC have opened a 10 point lead at the top of WRU National League 1 East after a come from behind win at second placed Penallta.

The home side had taken a 10 point lead in the game played on the 3G surface at Ystrad Mynach.

But the plastic pitch suited Brecon’s fast paced team as the visitors ran in four tries in the second half while their hosts could only add a penalty to their total. The final score was 13-24.

Full back Jake Crockett led the way with a brace of tries for unbeaten Brecon who also reached the final of the WRU Plate competition, to be played at the Principality Stadium at the end of the month, after beating Penallta in last week’s semi-final.

The win has put Brecon on 86 points, ten clear of Penallta while the division’s most recent powerhouse, Brynmawr, are third on 69 point.

Brecon are home to bottom but one Cwmbran on Saturday.