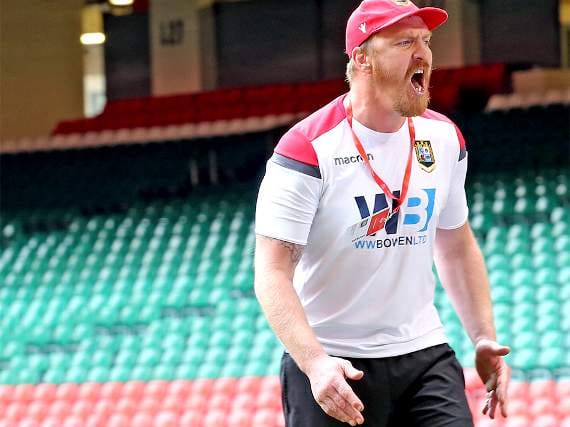 RUGBY players are being invited to try out for Brecon RFC by coach Andy Powell.

The former Cardiff Blues and Wales international led the team to a historic league and WRU Plate double last season.

The Division One East club were only denied promotion to the WRU Championship, the second tier of semi-pro rugby in Wales, after losing a two-leg play-off to East Central champions Glamorgan Wanderers.

Aspiring players, over the age of 18, will be able to try out when the club starts its pre-season training in July.

The former back row star took to his Twitter account and posted: "To anybody who wants a new challenge in rugby and wants to be pushed harder !! You have to be over 18 !! Please come and try out preseason at @BRECONRFC On the 2nd July !! It will be tough but enjoyable hope to see you all their !! Let’s do the double again #plate #league".

Brecon only lost once during their league campaign last season, after the title had been secured, and won the club’s first national competition in its 150 year history, when it defeated Bonymaen 23-21 in a thrilling Principality Stadium final.