A fifth of criminals in Powys reoffend within a year 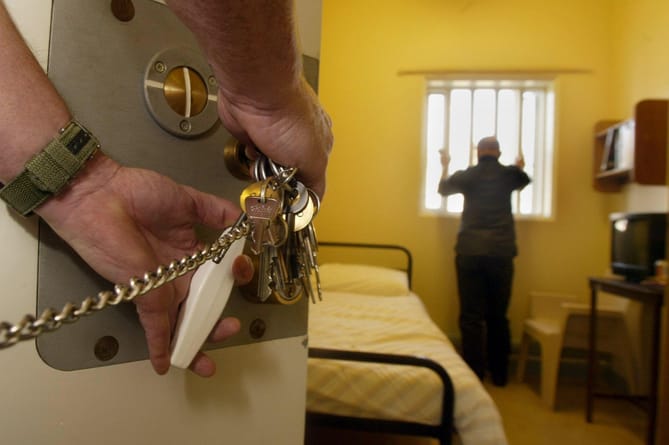 A fifth of criminals in Powys went on to reoffend within the space of just one year, figures reveal, writes Radar data reporter Patrick Jack.

Figures from the Ministry of Justice show that 622 adults were released from prison, cautioned or handed a non-custodial conviction at court between July 2019 and June 2020 in Powys.

Across England and Wales, 25.8% of criminals reoffended within a year – down slightly from 27.4% the year before.

However, the MoJ warned that some prolific criminals might appear multiple times in the figures for one year if they repeatedly reoffend, which could lead to an increase in reoffending rates.

It added there might be more volatility in the data because of the effects of the coronavirus pandemic on the criminal justice system.

This rise was the second biggest of all types of crime, behind violent offences.

In Powys, one out of eight fraud offenders broke the law again.

Cifas, a not-for-profit fraud prevention membership organisation, said fraud can have a “devastating impact on victims”.

Amber Burridge, head of fraud intelligence for Cifas, said: “The findings from a Victims’ Commissioner report in October 2021 shows that 1 in 5 fraud victims are highly vulnerable having lost money or property and experienced severe or multiple emotional reactions such as anxiety or depression.

“Often people feel ashamed and embarrassed about being a victim to fraud and may be susceptible to further scams that claim to help you get your money back as they try to deal with it alone.

“This is not something you have to struggle with on your own.”

She added that any victims of financial fraud should report it and let their bank know immediately.

People released from prison, cautioned or handed a non-custodial conviction for theft offences had the highest rates of reoffending nationally – 47.9%.

At 27.7%, reoffending rates in Powys were highest for violence against the person offences.

A Government spokeswoman said: “Reducing reoffending is one of our top priorities which is why an extra £550 million will be invested over the next three years to rehabilitate offenders and protect the public.

“We’re also spending £400m to tackle economic crime and developing a new strategy to clampdown on the devastating impact fraud can have on victims.”