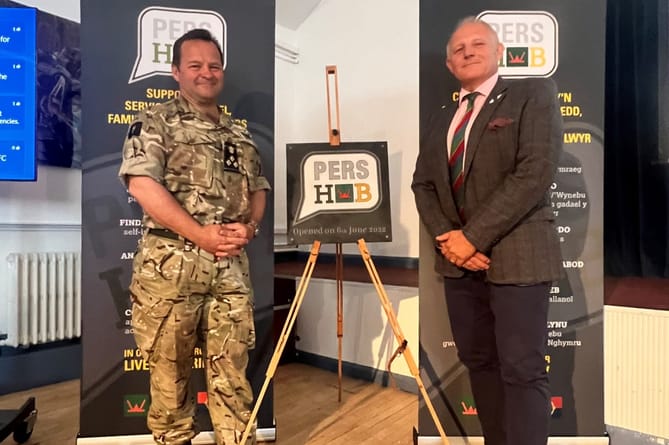 More than £350,000 of the Lived Experience Innovation Fund has already been secured and was outlined at the launch of the Pers Hwb at the headquarters of 160th (Welsh) Brigade in Brecon, with more to follow in this financial year.

The Pers Hwb, or Personnel Hub, at the barracks will act as the central point of coordination for support to the Armed Forces community in Wales, with links into civilian organisations and partner agencies.

Brigadier Andrew Dawes CBE, head of the Army in Wales, said: “The establishing of the Pers Hwb is indicative of the reinvigorated focus on the lived experience for our personnel. It’s about positively introducing new ideas and, most importantly, being able to fund any projects linked to good ideas.

“The Army in Wales has developed the blueprint for the Pers Hwb which will be rolled out across the UK and this has refreshed interest and created new energy and opportunities to look after our Armed Forces community better.”

Bus campaigner urges fellow passengers to have their say

Success for Gurkha Parade as it returns to Brecon

“This is not about inventing a new thing,” said Brigadier Dawes. “It’s about helping you, our partner organisations, carry on your amazing work in helping our people, whether serving or veteran, to access support.

“The Pers Hwb is a more coordinating, convening and signposting function to enable wider access to those organisations who do so much for the Armed Forces Community.”