Councillor is ‘devastated’ that primary school is still set to close 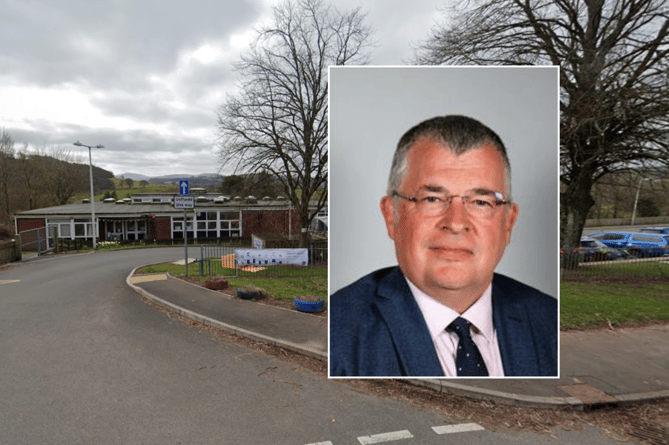 Pressing on with plans to merge three schools in the Brecon area which will eventually see them close and move to a new build school, has been described as “disgusting” by a councillor.

But in the statement there was no mention of a stop being put to the mergers of Cradoc Primary School and Mount Street Junior and Nursery schools in Brecon.

Cllr Iain McIntosh has campaigned to stop the closure of Cradoc.

Since the new Liberal Democrat/Labour regime took over at County Hall last month- he has hoped and pushed for the decision to close of not just Cradoc, but also Llanfihangel Rhydithon and Llanbedr to be stopped.

Cllr McIntosh had hoped to have a motion to stop the closures debated at the last council meeting in May, but was told he was too late with his submission.

He then asked the cabinet to look at the schools as a matter of urgency – at their first meeting – which is scheduled to take place on June 28.

But he has now received a letter from the council leader, Cllr James Gibson-Watt confirming the merger will go ahead.

Cllr McIntosh said: “I’m quite frankly disgusted they have gone against the reason some of their newly elected members stood for as Liberal Democrats during the elections.

“I am devastated to hear they intend to continue with the plans to close Cradoc school and set up a governing body to help move forward to phase two of the cluster plans.”

Cllr McIntosh added that he was “disappointed” that the Liberal Democrats were now “going against” commitments made during the recent election campaign to stop school closures.

Back in December 2021, Cllr McIntosh had sensationally quit online when the former Independent/Conservative cabinet that he was part of voted, for the merger and closures.

Cabinet member for a Learning Powys which includes the education portfolio, Cllr Pete Roberts said: “Cabinet will be considering the previous administration’s decisions for Llanfihangel Rhydithon and Llanbedr schools on June 28

“The council will now provide the support to progress the setting up of a shadow governing body, which will work with the council to move forward with developing phase 2 of the proposal.

“This is in line with the principles of the Schools Transformation Strategy, with which the cabinet agrees.”

The first phase will see all three schools merged by August 31 – 2023.

The second phase is to have a new 360 place school built on the former Brecon High School site by 2025/26.