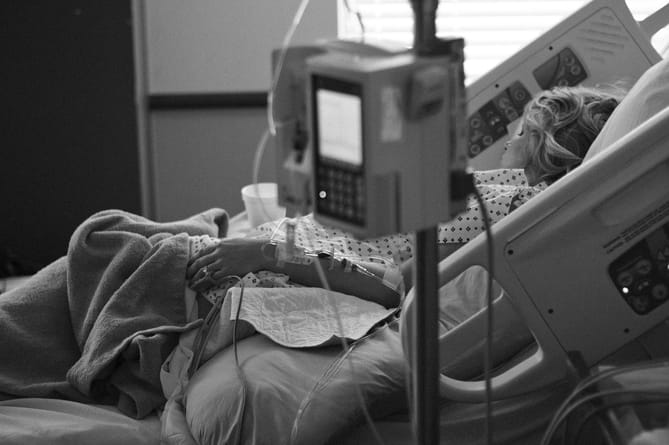 Less than two-thirds of staff at the Wye Valley Trust would feel happy if a friend or relative needed to be treated by the organisation, according to a survey, writes Radar data reporter Katie Williams.

The annual poll of NHS staff across England has revealed a drop in satisfaction with care standards, while concern over workforce numbers, discontent with pay and work-related stress were also highlighted by health service workers nationally.

At Wye Valley NHS Trust, 63% of staff who responded to the 2021 survey said that if a friend or relative needed treatment, they would be happy with the standard of care provided by their organisation.

This was down from 71% the year before, according to the report, which included responses from 1,284 staff at the trust.

It reflected the picture across England as a whole, where 68% of staff said they would feel happy with the standard of care provided for a loved one – down from 74% in 2020.

Of the survey respondents at the Wye Valley Trust, just 28% said there are enough staff at their organisation for them to do their job properly – a considerable drop from 39% in 2020.

Some 43% of staff had felt unwell as a result of work-related stress in the previous 12 months, while 32% often or always felt burnt out because of their job.

And roughly 71% said they feel enthusiastic about their job, compared to 74% a year earlier.

Patricia Marquis, Royal College of Nursing director for England, said the national figures – which show more than half of NHS staff feel burnt out at the end of their working day and four in five feel there aren’t enough staff in their organisation – will “do nothing to reassure the public”.

She added: “Nursing staff have sent a clear message they’re exhausted and that staff shortages are undermining their efforts to give safe and effective care.

“This is a stark reminder of the impact of tens of thousands of nursing vacancies.”

Matthew Taylor, chief executive of the NHS Confederation, which represents trusts, said the overall picture is unsurprising due to the “unprecedented pressure” placed on NHS staff throughout the pandemic.

“The fall in staff morale is a real cause for concern,” he said.

The 2021 survey also reveals that just 33% of NHS workers across England are satisfied with their level of pay – it was 37% at the Wye Valley Trust.

It comes amid growing anger among unions over the pay of NHS workers.

Em Wilkinson-Brice, acting chief people officer for the NHS in England, said: “The NHS is nothing without the commitment and dedication of its staff.

“That has never been clearer than over the last two years as they have cared for over 660,000 Covid patients and rolled out the world leading NHS Covid vaccination programme, all while dealing with record levels of pressure in other parts of the health service.

“We know the last two years will have had a knock-on effect, which is why we have maintained our focus on health and wellbeing as set out in our People Plan, including a 24/7 text support line, greater options of flexible working and rapid access to mental health services when needed.”