Conservatives say they have ‘huge ambitions’ for Powys 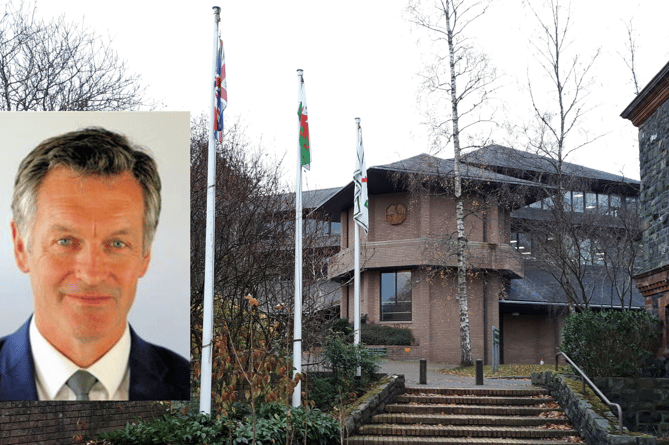 With 46 candidates standing all across Powys, he will be hoping to form a stand alone administration.

Mr Davies said: ‘’When we formed a coalition five years ago, it was the first time that the Welsh Conservatives have been part of the ruling group.

“Tough difficult decisions had to be made to transform our council and it is now accepted that we are one of the best performing councils in Wales.

‘’None of our schools are now in special measures thanks to our teachers and the education service, that have worked so closely together to deliver improvements, our additional investment in schools is paying off.”

With a number of school building projects taking place and approved Mr Davies said that his group will: “Deliver excellent schools for our children and teachers.”

‘’We have arrested the decline in road conditions, for the first time in many years the percentage of roads in poor condition has fallen but there is so much more to do.

“Over the next five years we must focus on improving our infrastructure to help grow the economy and by working closely with UK Conservative Government through the Levelling Up Fund, the Shared Prosperity Fund and the Growth Deal and we will deliver.

‘’We will always deliver value for money and we will not side-step difficult decisions.

“There is so much more to do, lets build on the foundation that we have laid over the last five years.”