Elections 2022: Taking a look at voter turnout in Powys 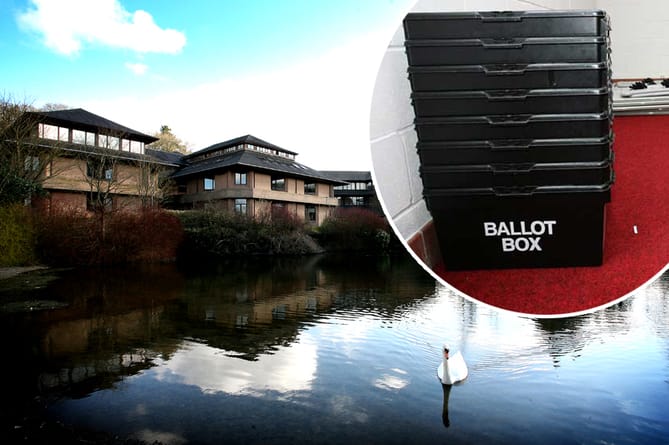 Voters across the UK will flock to the polls next week for this year’s round of elections, writes Radar data reporter Katie Williams.

Thousands of seats are to be contested on Thursday, May 5, when residents up and down the country will decide who they want to make important decisions on their behalf.

In Wales, those on the electoral roll in every council area will be able to take part in the elections in just a few days’ time.

We’ve taken a look at what turnout was like across Powys when voters last headed to the polls to vote for their chosen ward councillors.

Electoral Commission data shows that at the last local council elections in 2017, 104,695 people in the area were eligible to vote, with 38,057 of them returning valid ballot papers – equating to a valid voter turnout of 46.9%.

Around 8,700 postal votes were included in the count, while 220 votes were rejected, which can occur if a paper is not marked properly or has been spoiled.

Including votes rejected at the count, the ballot box turnout in Powys that year was 47.3%, which was higher than the Wales average of 42.0%.

Last year was a bumper year for elections, with people across England and Wales also responsible for choosing the Police and Crime Commissioner for their area – the person who will hold their local force to account and ensure it is serving the needs of the community.

National issues such as the surging cost of living, Ukraine and partygate will be on voters’ minds this year – but residents across Great Britain still want councils to focus on improving local roads and housing, according to a poll.

A survey carried out by Ipsos ahead of the May 5 elections found 50% of Britons thought improving the condition of roads and pavements should be a top priority for councils.

That figure rose to 60% in Wales and 63% in Scotland, while in London only a third of people thought roads were a priority.

Second on the list was providing affordable, decent housing, with 39% of voters telling Ipsos this area was most in need of improvement.

Gideon Skinner, head of political research at Ipsos, said: “Although most people are pretty happy with where they live, they still want to see improvements, particularly on roads, housing, high streets and the local cost of living – all of which are regular bugbears for residents.

“And these can all vary by where you live, for example, crime is a particular issue in London, while in the rest of the South East of England, traffic congestion is a bigger priority.”