Senedd members voted in favour of expanding the number of politicians to 96 from 60 by 2026. 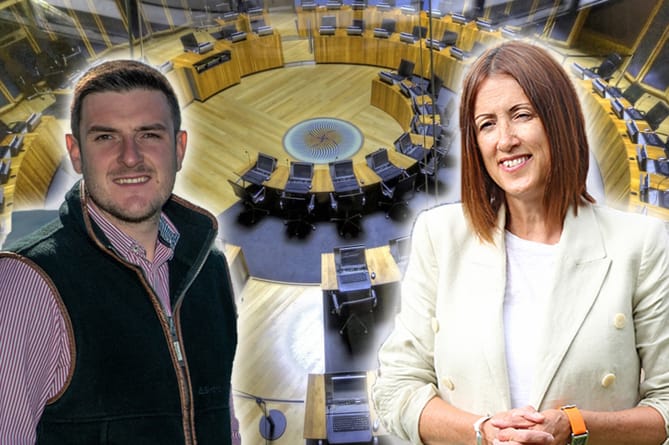 Brecon and Radnorshire MS James Evans is calling for a referendum on plans to increase the number of politicians in the Senedd.

Mr Evans, who has vocally opposed the plans since their announcement last month, voted against the plans which would see the number of Senedd Members increase to 96 from 60.

SMs voted on the plans yesterday, Thursday, June 9, which were set out in a report by the Special Purpose Committee on Senedd Reform.

Mr Evans said: “The Cardiff Bay political establishment is intent on expanding the Welsh Parliament, planning to increase the number of politicians by over 50%, without giving the Welsh public a say on the matter.

“Labour, Plaid Cymru, and the Liberal Democrats are working together to expand the Welsh Parliament in an attempt to demand more powers from Westminster to be devolved. Their ultimate plan is independence via the back door and increasing the number of politicians in Wales is another step towards their ultimate aim.

“The Welsh Conservatives are calling on the Welsh Government to give the people of Wales a referendum on expanding our devolved institution. They believe they have the backing of the public but are too afraid to hold a vote. I feel this is because they know the Welsh public would send them a message they don’t want to hear.

“I proudly voted against these ridiculous proposals for expansion. We need a referendum, now.”

Despite concerns from different members, 40 SMs voted in favour of the plans while 14 voted against - there were no abstentions.

Mr Evans and his Conservative peers all opposed the plans, while Labour, Plaid Cymru and sole Liberal Democrat MS Jane Dodds all backed the plans.

The committee said that a reformed Senedd should have: 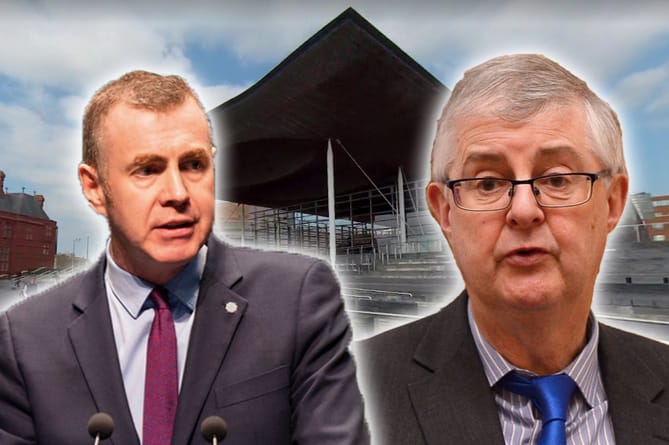 The leader of the Welsh Liberal Democrats Jane Dodds said that while she supports reform and more members in the Senedd, she disagrees with the boundaries and voting system set out.

Ms Dodds told the chamber yesterday: “The surprise announcement by Plaid Cymru and Labour did the committee a disservice. It prejudged the debate here today and the legislative process that will follow. It looks like a stitch-up and it feels like a stitch-up. “To make an announcement before the committee published its report, and to favour proposals so different from what the evidence tells us, was a very disappointing approach.”

Ms Dodds also challenged Labour and Plaid Cymru to set out why their proposals depart from the recommendations of the 2017 Expert Panel.

Responding to the debate in the Senedd, Ms Dodds said: “We can be in no doubt that the Senedd looks very different to what it did in 1999.

“If our national parliament is to do its job effectively, it must have the tools to do it as effectively as possible, through increasing the size of the Senedd and delivering a fairer voting system that ensures greater diversity, accountability and transparency.

“I support the principle of the proposals but worry that we’ll take two steps forward and one back. Labour and Plaid Cymru’s proposals fall short of the opportunity we have in front of us and are a significant missed opportunity.

“By announcing their preferred proposals in advance of committee finishing our work, Labour and Plaid Cymru leaders undermined the process. They also have questions to answer about why they have moved so far away from the evidence and recommendations of the 2017 Expert Panel. It otherwise looks like a stitch up.

“The Welsh Liberal Democrats believe that the Senedd should elect members using the Single Transferable Vote method and use local councils as the basis of constituency boundaries, ensuring that votes match seats, and that that politicians are more accountable to their constituents.

“The Welsh Liberal Democrats will fully support the next steps of the process to reform the Senedd. We will use every opportunity available to us to build on the proposals to put the Senedd in the best position to support a vibrant democracy, a confident self-governing Wales, and a thriving Wales today and in the future.”

Mr Millar, who described the announcement ahead of the report as a “grubby back room deal”, raised concerns around the public mandate for the reform, the change to the voting system and the financial change following reform.

Meanwhile Ms Ashgar, who admitted she would like to see more women in the Senedd, was concerned that the gender quota could impede others from minority groups.

MS James Evans has promised that he will continue to push the Welsh Government for a referendum on the plans.

James Evans told the chamber yesterday: “Over the last week, I've been around every corner of Brecon and Radnorshire, and I was overwhelmed with comments from my constituents who are outraged by these proposals and the huge cost associated with expanding this Senedd, when people in my constituency can't even access a dentist for 12 months.

“At a time of a cost-of-living crisis, when Ministers in here regularly berate everybody on this side of the Chamber for saying it's a choice between heating and eating, now you want to go and spend millions of taxpayer money that could be spent helping people on electing 36 more politicians, plus the extra money for support staff, plus the extra money for Commission staff, Members' expenses, structural changes to this Chamber and Tŷ Hywel, all because you and left-wing academics and think tanks think we don't have enough resources. Your excuses for political expansion just don't cut the mustard.”

Following the vote in favour of the plans, Plaid Cymru posted to Twitter to celebrate the result of the vote.

The party said: “A majority of Senedd members have just voted in favour of strengthening our Senedd - taking us another step closer towards a stronger and more representative parliament that will work for the people of Wales.”

First Minister Mark Drakeford previously commented after releasing the joint statement with Mr Price: “The case for Senedd reform has been made. We now need to get on with the hard work to create a modern Senedd, which reflects the Wales we live in today. A Parliament that truly works for Wales.”