What the National Insurance change means for average Powys workers 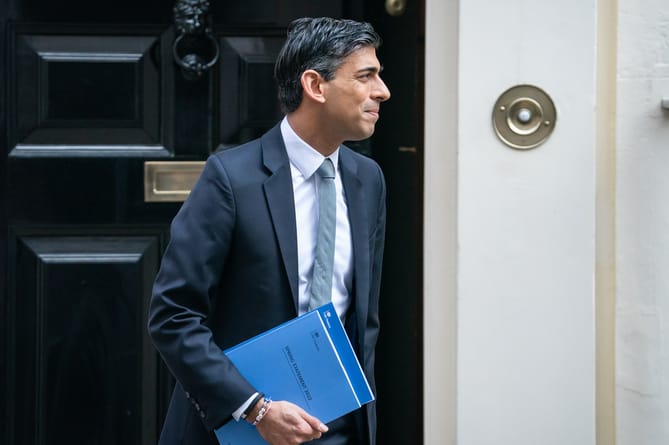 Nearly 30 million UK workers will see their taxes cut following Chancellor Rishi Sunak’s raising of the NI earnings threshold, though a think tank said over 1 million Britons will be on the verge of “absolute poverty” due to the rising cost of living.

Figures from the Office for National Statistics show that the median salary for full-time workers living in Powys was £27,414 in 2021.

It was previously announced that NI rates will rise to 13.25% for one year from April 6 – to raise funds which will be ring-fenced for health and social care.

This means the average full-time Powys worker will pay £19 more for a few months.

But in his spring statement, Mr Sunak announced that the earnings threshold will rise to £12,570 from July to mitigate the increasing cost of living, meaning a Powys worker earning the media salary for the area will pay £175 less per year than they do now – £1,967.

Mr Sunak said it was “a £6 billion cut in personal tax cut for 30 million people across the United Kingdom, a tax cut for employees worth over £330 a year”.

The Chancellor added that around 70% of workers would have their tax cut by more than the increase coming in April.

Further measures unveiled include a 5p cut in fuel duty and a pledge to cut the basic rate of income tax from 20p in the pound to 19p in 2024.

However, the Resolution Foundation said the “big but poorly targeted policy package” does not do enough to aid the families who have been hit the hardest by the cost-of-living crisis.

It estimates that 1.3 million Britons are set to fall below the poverty line next year, including 500,000 children – the first time Britain has seen such a rise outside of a recession.

It also determined that only one-in-eight workers will actually see their tax bills fall by the end of the parliament.

Resolution Foundation chief executive Torsten Bell said: “Rishi Sunak has prioritised rebuilding his tax-cutting credentials over supporting the low-to-middle-income households who will be hardest hit from the surging cost of living, while also leaving himself fiscal flexibility in the years ahead.

“Whether that will be sustainable in the face of huge income falls to come remains to be seen.”

Asked about this report, Mr Sunak told Beth Rigby Interviews that over the last 10 years, the number of people living in poverty has declined by about 1.3 million people.