The most successful team in local history 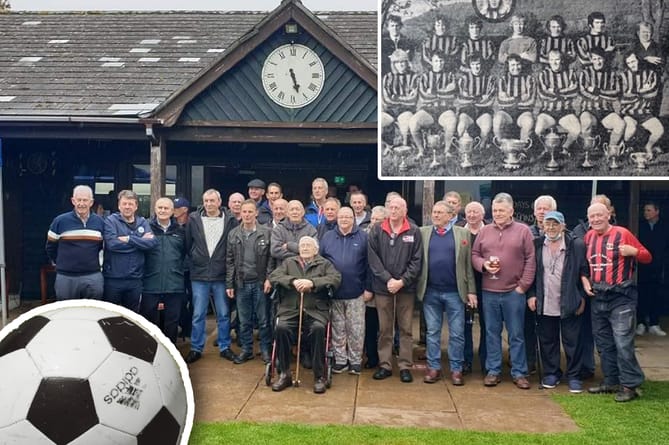 The comradery in the team was unbelievable, even if we weren’t playing, we were happy to be part of the team. The support of the town was tremendous and it was certainly a very close-knit community.

On Sunday, May 1, Talgarth Town AFC held a reunion for their 1971 – 1972 team, who won seven cup competitions and the league title that season.

Unbelievably, the club had only reformed in 1969, two years before their unbeaten campaign began.

It all started when two men, Colin Hawker and Gwillym Woods went along to King George Playing Field on Boxing Day to see a Talgarth Youth Club team play a team of Talgarth veterans in a friendly. They went on to watch another friendly on a Good Friday. The two men paid particularly close attention to the youth players and decided that there was enough talent to make a competitive team. Colin was a player with the Talgarth team that had disbanded seven seasons earlier.

On January 29 1969 there was a meeting in the town, where it was decided a new football club would be formed. They then went about setting up a committee with Gwillym Woods as Chairman, Colin Hawker as Vice-chairman, Gwyn Price as Secretary, and George Morris as Treasurer of the club. Mr. Pressdee Jones, the local headmaster was appointed as the club’s President.

The club’s first annual general meeting was held on 9th July, where the same four officials were re-appointed. 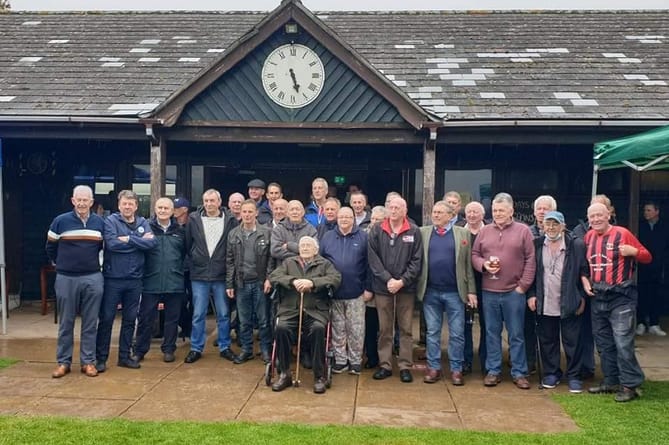 Keith Parry was captain of the team, after joining from Hay St. Mary’s and was accompanied by vice-captain, Terry Blackwell, who had joined Talgarth from Glasbury United.

Talgarth’s application to join the league was accepted, which allowed them to play the club’s first game away at Crickhowell, where they did well to achieve a goalless draw. It is believed that in this game, Talgarth played with two centre-halves, making them the first team to do this in the Brecon and District football scene. By the end of their first season, Talgarth was very pleased as they finished sixth in a league made up of 14 teams.

In 1970, players were added to strengthen the team, including brothers Alan and Wyn Davies, who moved to Talgarth with Mid-Wales League experience, meaning that Talgarth was a force to be reckoned with for the next season. Alan and Wyn Davies went on to be part of the unbeaten side in the next few seasons. In this season, Talgarth finished second in the league to the Vale of Arrow, who completed the league and cup double. Talgarth retained the R.A.F.A. Cup after beating Crossgates in the final, but lost to the 24th Club in the Glasbury Cup final.

The annual general meeting of 1971 saw Talgarth make huge progress by creating a second team. Founding member of the club, Colin Hawker became manager of Talgarth, along with many shifts in the club’s hierarchy. The club made two stand out signings in Les Wilcox from Welsh League team Tynte Rovers, and Gerald Rhodes from the 24th Club. 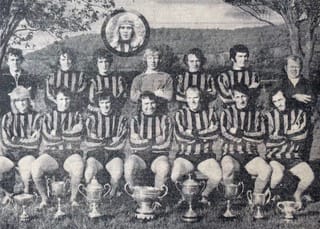 In the season they only lost two games all season. Both losses came in cup competitions. The club’s success meant that they gathered a larger fanbase. Talgarth’s 1971-972 team became the first team post-war, to reach seven cup finals. The closest to this achievement was Boughrood United, who once appeared in six cup finals in the same season, but only went on to win one of those.

Talgarth also put themselves in the history books this season by being the first team since the 24th Club in 1969 to finish the league season unbeaten. Talgarth saw off Brecon Corries, Builth Wells, and Hill Top Sports to win the league. Talgarth won the league by five points ahead of the chasing pack. They had 18 wins, four draws, and no losses in the league that season. 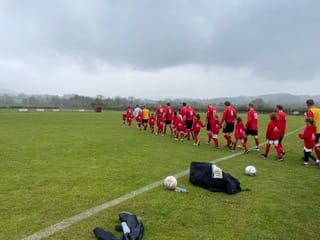 Les Gwynne, who was a member of the unbeaten side said: “At that age we lived for football. We used to run down to the post office where they would display the team sheet for Saturday’s game.

“The comradery in the team was unbelievable, even if we weren’t playing, we were happy to be part of the team. The support of the town was tremendous and it was certainly a very close-knit community.”

In celebration of the 50th anniversary of the club’s great success, Talgarth Town Football Club held a reunion for the team on Sunday, May 1. There were appearances from former Talgarth players who were part of the successful 1971-1972 squad and around 200 people from the town. 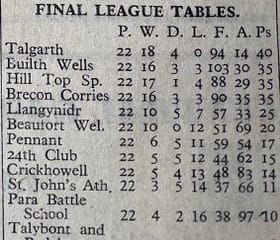 During the afternoon a game took place between Talgarth Town Veterans and Wales over 40’s. Wales over 40’s went 2-0 up in the first half before Talgarth pulled two goals back to tie the game. Supporters were kept well entertained at halftime as Talgarth’s junior girls team played their own game during the interval. They also helped walk the players out onto the field at the start of the game.

In the second half, there were three penalties that were all converted. Talgarth were awarded two of the penalties, leaving them 4-3 in the lead with five minutes to Sharman, nicknamed “Warrior” was subbed on to see out the game.

We made so many great memories. They were fantastic days, days we said we would never forget.

Committee member, Les Gwynne told the Brecon and Radnor Express: “Paul was determined to have one last run out so he came on for the final few minutes of the game.

“A couple of us thought about doing the same thing, but we thought it was best not to.”

Talgarth Town Chairman, Keith Parry, along with committee members, Les Gwynne and Paul Sharman were part of the 1971 – 1972 squad and have been involved with the club for over 50 years, taking up several roles in their time at the club. 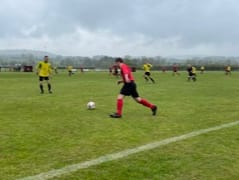 Following the reunion, Les said: “It was a marvelous day, a good, entertaining match where Talgarth came out on top.

“The event went well on in to the night with many of us exchanging memories of football down the years, so it was great. It couldn’t have gone any better.

“We seem to have built a good relationship with the Wales over 40’s as well, so we may organise something with them in the future.”

Les is also sure of an exciting future for Talgarth Town in the years to come,

He said: “We’re in the fifth tier at the moment, but we’ve got some good young players coming through and hopefully we can progress forward over the next couple of seasons.”