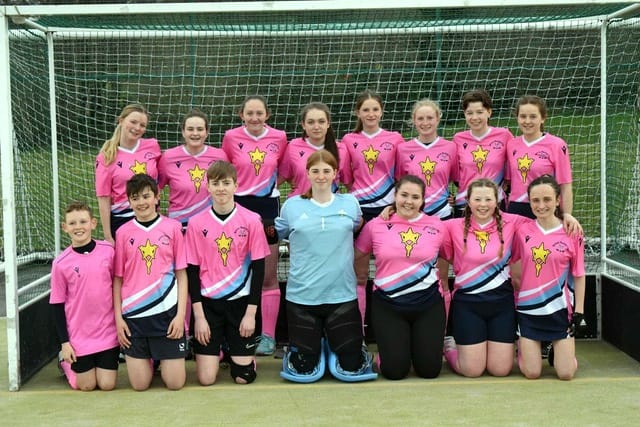 Brecon Hockey Club is celebrating a hugely successful season, which included their under 18 squad winning the league.

After two years of uncertainty, all teams within the club have enjoyed a great 2021/22 season.

The club has a growing team roster, catering for hockey players of all ages. Teams include Ladies, Badgers, Girls - Under 16, U14, U12 and mixed U10 and U8. For the first time this season, there has also been a Boys U14 team.

The Badgers are a group of under 18 girls and boys who compete in the South Powys league and play teams from Kington, Presteigne, Gwernyfed and Radnor.

Liv Thomas, Badgers captain, said: “This hockey season, we had four wins, one loss and one draw, making us the winners of the Powys Badgers league.

“The Brecon Badgers are a young team and many players stepped up to play matches for the first time.

“Gwen Kenchington and Carys McDonough must be mentioned for their excellent defence, and Megan Reynolds, Jasmine Wood and Tilly Corbett for playing some really skilful hockey and keeping the ball in the opposition’s half, and also some of our younger players especially Steffan Peters, who, in his debut match with us, scored a great goal against Gwernyfed.

“A big thanks goes to Rhian McDonough for organising our games and bringing the half time oranges, to Tom Wood for excellent coaching, and of course for all the parents for travelling to Llandrindod for our away games, and supporting in less than ideal conditions.

“It’s been an honour to captain this very promising team with lots of youngsters who will only improve in years to come,” she added.

Tom Wood, team coach said: “I’m super proud of the squad as a whole this year and what they’ve managed to do.

“We’ve got a very young team that have a real passion to learn and improve which has ultimately allowed them to have success this year.

“They have been a real credit to the club and a product of lots of volunteers’ hard work to create a juniors section with such depth and ability.

“It’s a really exciting time for this team and the club as to what they will be able to achieve in the future, both as a team and as individuals.”

Although their season has come to an end, Brecon Hockey Club are already excited for the 2022/2023 season.

If you, or your children, are thinking of joining a team sport - just look at the smiles in the photo of their league-winning Badgers.

Youngsters who play for Brecon Hockey Club are more like family than just teammates, and the Club is proud to foster this family atmosphere within its ranks.