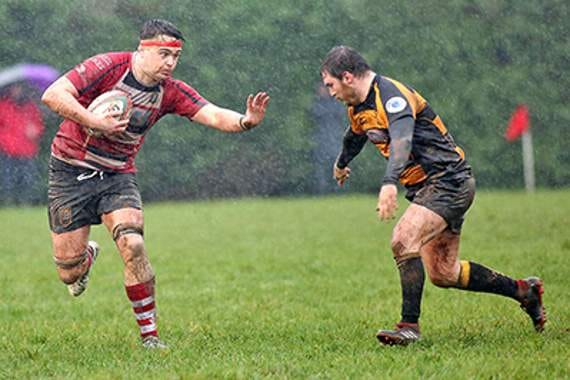 TABLE toppers Brecon RFC will not have the chance to extend their lead this Saturday as WRU National League 1 East opponents Cwmbran have cried off.

The Gwent side are currently bottom but one of the division with just four wins all season and have also suffered some heavy defeats against teams competing at the top of the table.

Free scoring Brecon, who are unbeaten after 18 games, have scored 659 points and conceded just 207 this year. Cwmbran have only scored 265 points and given up 486 scoring on 34 tries and conceding 65 in 18 games while Brecon have ran in 97 and allowed 14 in the same number of fixtures.

Brecon RFC said Cwmbran had called off the fixture at Parc de Pugh as they were unable to raise a team to travel to Brecon.

The club said: "Disappointingly, our visitors Cwmbran RFC are unable to raise a team. Apologies to all our sponsors and supporters, but these circumstances are out of our control."

Midweek Brecon beat second placed Penallta away, for the second time in 10 days, to extend their lead at the top of the division to 10 points. They had already defeated the Ystrad Myach-based side the previous weekend in the semi-final of the WRU Plate.

Brecon are scheduled to visit Cwmbran on May 1 and it is unclear if or when tomorrow’s fixture will be rescheduled.

Brecon Youth however are playing their final home match of the season at Parc de Pugh on Saturday (2.30pm) against Aberdare Youth.

With two games to play in the Cardiff Blues Premiership Trophy T2 league, Brecon are still in the hunt for the title. After last week’s 17 all draw with Merthyr, a home win is vital to maintain their hopes in the competitive league.