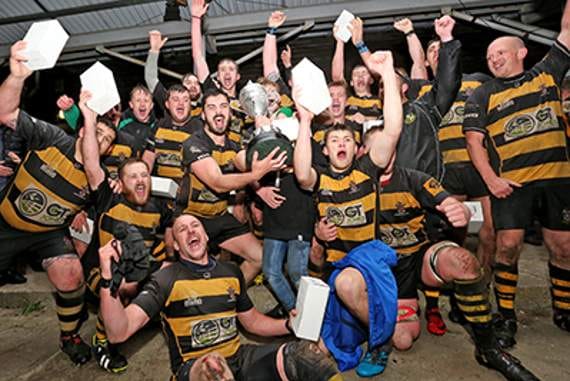 CRICKHOWELL took on West Mon RFC in the final of the Ivor Jones Cup under the Friday night light in front of a large crowd at Pontypool United’s Memorial Ground.

As the weather worsened in the second half, with the rain heavier and the wind stronger, Crickhowell improved to overturn a half-time deficit and run out 13-30 winners to claim the Pontypool and District cup for the seventh time, a third success in six years.

A converted try and two penalities gave League 3 East C rivals West Mon a 13-10 half-time lead but Crick’s had scored two tries via captain Gareth Downey and wing Josh Jones. Both tries, scored in the corner, went unconverted. The Parc Broyd side took the lead in the second half as centre Harry Summers, used his customary flair to touchdown. Tom Keane converted. He then slotted over a penalty after a West Mon player was sin binned.

Crick’ attempted to play a running game despite the conditions but the forwards gained the fifth try when prop Sion Windebank gathered the ball and darted through a gap. Wing Jones sealed victory when clever interplay and passing and an elusive run resulted in his second try.