Warren signs for town and gown 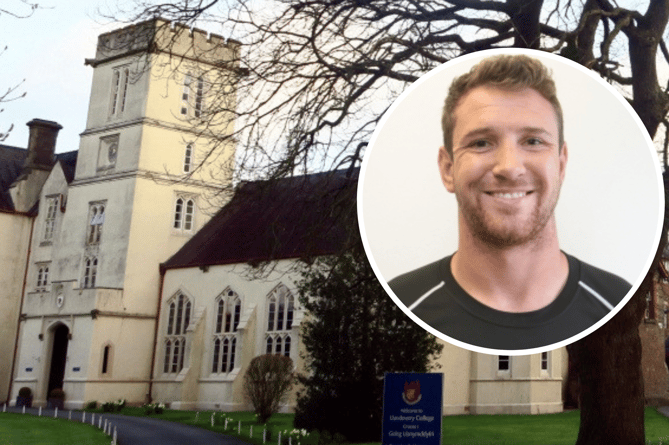 Adam Warren will prepare for his PGCE at Llandovery College over the next two years (. )

In a joint venture funded by Llandovery RFC and Llandovery College, Dragons and Wales international centre Adam Warren has signed two year contracts with both the Drovers and the College, writes Huw S Thomas.

The 31-year-old returns to the club where he played centre for five years (2010-2015) and made 53 appearances whilst also attached to the Scarlets.

In a carefully considered career move, he has also been appointed Backs and Strength and Conditioning coach at Llandovery College, Wales’s top rugby playing independent school which has produced 48 Welsh internationals and one English international in current scrum half Harry Randall.

He will soon be working closely with the College’s new Director of Elite Rugby, Sam Williams and Head of Rugby Nathan Thomas in preparing all College teams – boys and girls – for the new season ahead.

Already a graduate in Sports Science, Warren will use his time at the College to study for a Post Graduate Certificate in Education (PGCE) to attain Qualified Teacher Status (QTS)

Both club and college are delighted with Warren’s capture of a quality player who had seven seasons with the Dragons but was released, last month, by Director of Rugby Dean Ryan.

“We had to make room for new blood but my respect for Adam is genuinely huge, he’s been an outstanding servant and ambassador for the club for so long,” said Mr Ryan.

“He goes with everyone’s good wishes at Rodney Parade.”

The former Coleg Sir Gar product was capped by Wales against the Barbarians in 2012 and made 132 appearances for the Dragons in his seven year stint.

At Church Bank, he will join brother and wing Aaron and his old Sir Gar mentor and current club coach Euros Evans.

College Warden Dominic Findlay and RFC Chairman Peter Rees confirmed the general excitement of both town and gown at the imminent arrival of Warren.

Dominic Findlay expressed the College’s own eagerness to welcome Warren.

“The College is delighted to have successfully partnered with the Drovers to bring a player of Adam’s quality into our coaching and Strength and Conditioning Team set up for September 2022,” he said.

“Adam will bring his many years of experience of the professional game into the College, sharing those experiences with our prospective stars of the future.

“This appointment shows are intent to be a Centre of Excellence for Rugby at the college and will build on our already top quality team of coaches.

“Our partnership with Llandovery RFC is going from strength to strength and will benefit both the town’s rugby side and College students.

“We look forward to Adam joining us for our pre-season training camps over the next few months.

“Supporting players to transition from the professional game into a new career is a key part of our commitment to Welsh rugby and a real pleasure especially at such a testing time for rugby in the Principality.”

Sam Williams highlighted the areas that Warren will be of huge value to College rugby:

“After a successful 2021-22 season for our senior boys and girls teams, Adam will help to add a new dimension to our attacking style as we push to go one step higher and further in our college competitions.

“Alongside the ambition to gain success we will continue to look to grow the already high percentage of players we are able to provide to the Regional Age Grade teams of our partners the Scarlets, Ospreys and Dragons.

“Adam will play a pivotal role for these players, running skill based positional workshops and liaising with regional academy staff to try and maximise learning opportunities for our students, giving them the best chance to progress within the game in Wales”..

The College comments were echoed and supported by coach Euros Evans and club Chairman Peter Rees.

Mr Evans was particularly upbeat, saying: “We are delighted that Adam’s chosen to re-join us after a hugely successful professional career.

“Having players of Adam’s calibre play in the Indigo premiership can raise standards of the competition.”

Mr Rees added: “The partnership between the Drovers and the College has been happy and long standing and it has been a pleasure working with in setting up this innovative scheme for the benefit of both parties” said Rees.

“On this occasion we have collaborated over a couple of days to create a playing and academic development package for a former Drover and Welsh International who had been released from his regional contract and had expressed an interest in re-joining us at Llandovery, particularly under the guidance of Euros Evans.

“Llandovery RFC are delighted that Adam has chosen to return to the Drovers as he was a powerful member of our team prior to joining Gwent Dragons and indeed progressing on to international honours.

“It will be great to see the two Warren brothers back together in what is already an exciting mix of young and experienced players.

“We are confident that Adam will help us and the College to further develop aspiring regional players and particularly - from the Drovers’ viewpoint - to play the exciting fre flowing rugby that is synonymous with Llandovery.

“I know our supporters will be delighted that Adam will be re-joining us and that he will be able to continue his career in Wales where he has been so popular for the last decade.

“All too often we see players forced to move outside Wales to sustain their career. It just demonstrates the potential for innovative partnership working for the benefit of Welsh Rugby!”