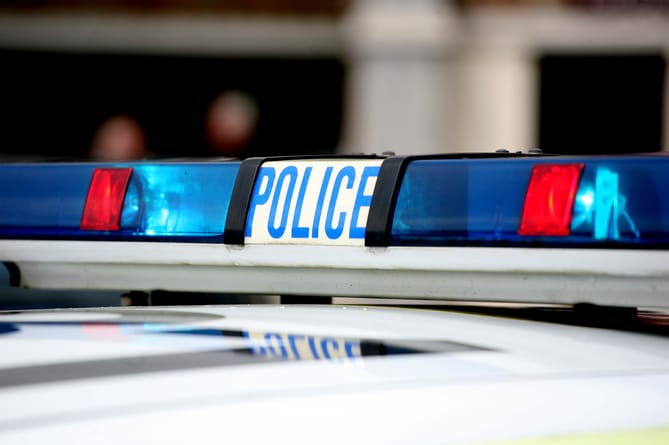 They were among over 1 million unsolved cases of theft across England and Wales, which charity Victim Support said undermines the public’s confidence in the justice system.

Home Office figures show Dyfed-Powys Police closed 5,846 theft probes in 2021 – 58% of which had the outcome “investigation complete – no suspect identified”.

A further 10% of all theft cases in Dyfed and Powys closed with a suspect identified and the victim supporting an investigation but “evidential difficulties prevented further action”, while 20% were closed because the victim dropped the case.

And just 6% resulted in a charge or summons – down from 9% the year before.

Across England and Wales, 1 million theft offences were closed without a suspect being found – 77% of all cases.

Victim Support said theft can have serious and long-term impacts on victims – robbing them of both their possessions and their sense of safety.

“Theft is a crime that must always be taken seriously by the police, and work must be undertaken to improve these shockingly low success rates.”

The Liberal Democrat party said its analysis of the Home Office figures shows a “theft epidemic”, with over 140,000 car and bike thefts going unsolved by police nationally last year – almost 400 per day.

More than three-quarters of car theft cases and nine in 10 bike thefts were closed without a suspect being identified in 2021.

The Lib Dems said the shocking figures show “criminals are getting away with stealing on an industrial scale” and accused the Government of being soft on crime.

Liberal Democrat home affairs spokesman Alistair Carmichael said: “The Government should give forces the resources they need to make sure that every crime is investigated.

“We must reverse years of Conservative neglect that have made our communities less safe and let far too many criminals get away with it.”

In Dyfed and Powys, 41% of cases of stolen motor vehicles were closed with no suspects identified, but this was the lowest rate of all nine types of theft.

No suspect was found in 76% of cases of thefts from a vehicle, 73% in non-domestic burglaries and 70% in bike theft.

The National Police Chiefs’ Council said forces will prioritise cases where there is a realistic prospect of prosecution, and ensure vulnerable victims have the support they need.

For crimes such as theft, an NPCC spokesman said police focus on targeting prolific offenders, organised crime networks, and ensuring prevention measures are in place.

The Home Office said it is aware of the distress and disruption vehicle, bike and other thefts cause.

A spokeswoman said 20,000 extra police officers are being recruited to protect communities to help prevent these crimes.