Four from Knighton and one from Presteigne were part of the county lines drugs group. 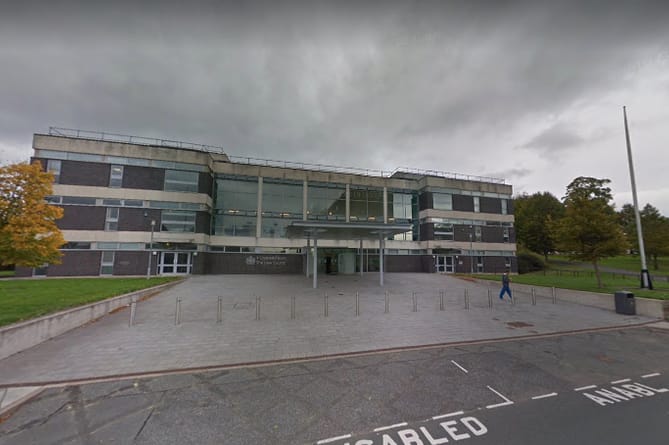 Twelve members of an organised crime group (OCG) who brought thousands of pounds worth of heroin, cocaine and cannabis into Powys have been jailed for a total of more than 60 years.

The county lines drugs group, which included four members from Knighton and one from Presteigne, transported large quantities of the drugs into various towns in Powys.

The members of a drugs gang based in Leighton Arches in Welshpool appeared at Mold Crown Court for sentencing yesterday and today - Thursday, 28 April.

The county lines drug operation involved bringing large quantities of cocaine, heroin and cannabis from the Wolverhampton area into the Leighton Arches site for distribution to Welshpool, Newtown, Knighton and other Powys towns over a number of months.

During the execution of a warrant at the Leighton Arches travellers’ site on Monday, June 21, 2021, a major Dyfed-Powys Police operation involving 80 officers, uncovered a significant amount of drugs with a street value in the region of £25,721, as well as £45,000 of cash and assets.

The Welshpool organised crime group (OCG) was made up of principal members Patrick Stokes, John Paul Power, Michael Power, and Martin Gallagher, who lived at the Leighton Arches site.

The OCG also had trusted associates based within the towns of Knighton and Presteigne acting as sub-dealers.

Stokes, Michael Power, John Paul Power and Gallagher each had a separate customer base with whom they would communicate by phone calls, SMS and social media.

Once drugs had been obtained, Stokes, John Paul Power and Gallagher would operate by sending ‘bulk texts’ to numerous recipients, with the SMS having content such as ‘Got In’ and ‘Got pukka flake in’.

The investigation identified the ‘upstream’ supplier as being Gavin Warley, from Wolverhampton. Warley used couriers, Sahota, Bastable and Large, all of whom are based in the Wolverhampton area, to run the drugs into Powys.

Officers were able to evidence a conspiracy to supply controlled drugs on 62 occasions between 1st August 2020 and 30th June 2021, when the OCGs orchestrated the trafficking from Wolverhampton to Welshpool for onward supply.

Telecommunications show that during the conspiracy period, Stokes, Michael Power, John Paul Power and Gallagher had all been responsible for contacting Warley and arranging for drugs to be delivered to Leighton Arches.

During the conspiracy period Sahota made 30 journeys from Wolverhampton to Welshpool using two vehicles.

Bastable made 24 journeys from Wolverhampton to Welshpool in his vehicle.

On one occasion, 27 February 2021, his vehicle was stopped by police on route to Leighton Arches when officers found a plastic bag containing 57.1grams of cocaine. Large was also in the vehicle with him at that time.

Large made eight journeys from Wolverhampton to Welshpool in his own vehicle, but also accompanied Bastable on four occasions.

Following these deliveries there would be increased activity of SMS texting, which would lead to dealers travelling to Leighton Arches to collect drugs.

This is evidenced by the travel of Sheldon Kay, who predominantly controlled the supply of Class A in the Knighton and Presteigne areas.

Kay was evidenced to travel to Leighton Arches on 80 separate occasions during the conspiracy period.  He would use a number of different couriers and vehicles to travel as he was disqualified from driving.

Such couriers were Rigby, Seyffert, Husbands and Lloyd, who all made multiple visits.

DI Richard Lewis said a lot of hard work had gone into the investigation, with his officers able to prove the movements of the OCG proving critical to securing a far-reaching prosecution.

“We welcome the sentences handed down by the court today for people who have been involved in bringing drugs into our communities,” he said.

“A lot of work has gone into proving the extent of this operation so I would like to thank all of the officers and support staff involved in securing these convictions.

“As a force, Dyfed-Powys Police is working to make the area a hostile place for anyone bringing in and selling drugs, which have an extremely adverse effect on our communities.

“These sentences show that dealing drugs is not worth it. Not only will we seek to bring you to justice for these offences but we will seek to recoup any money or assets that you have profited from as a result of your criminal activity.”