Dog owner fined for failing to clear up after their dog 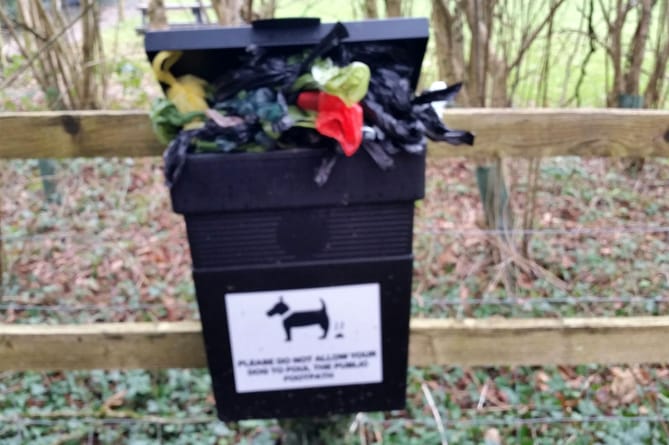 The council’s Environmental Protection Team was able to take the enforcement action after a member of the public witnessed the incident take place on the green space at Union Street on April 21 and reported it.

Thanks for the information provided by the member of the public, the council issued the dog owner with the fixed penalty notice.

Now the council is reminding dog owners in the county that they must clean up after their dog has fouled and properly dispose of the waste.

It is an offence to allow a dog in your control, even if you’re walking someone else’s dog, to foul in a public place and to fail to clean it up immediately after it has fouled. Public places include footpaths, playing fields, parks, car parks, churchyards and cemeteries. If you fail to clean up then you could be issued with a £75 fixed penalty notice or face prosecution.

Cllr Richard Church, Cabinet Member for a Safer Powys, said: “It’s an offence to allow a dog in your control, even if you’re walking someone else’s dog, to foul in a public place and fail to clean it up immediately after.

“If you are out walking your dog, always carry a plastic bag to pick up the mess as soon as your dog has fouled and place it in the nearest dog waste or litter bin or dispose of it at home.”

Residents in the county are also being urged to report any incidents of dog fouling or particular problems in their area to the council.

The council wants residents to email or telephone any dog fouling related problems so that a healthy and safe environment can be provided for residents, children and holidaymakers.

By reporting any incidents, the council can then arrange for the mess to clean up, investigate the incident or take enforcement action against the dog owner. Requests for ‘No Fouling’ signs and a combined litter/dog waste bin can also be made to the council.

“We live in a beautiful county and we want to keep it that way but dog fouling impacts on the way communities look,” added Cllr Church.

“The majority of dog owners are responsible but there is a minority who let their communities down by allowing their dogs to foul in public. By asking residents to report any dog fouling related problems, they can help us tackle this issue in their community.”

If you would like to report a dog fouling incident, report it online at Report dog fouling

A dog owner from Newtown has been find £75 as they didn’t clean up after their dog had fouled on a green space in the town, Powys County Council has said.