From beer to Molotov cocktails: a new beer is born for Ukraine 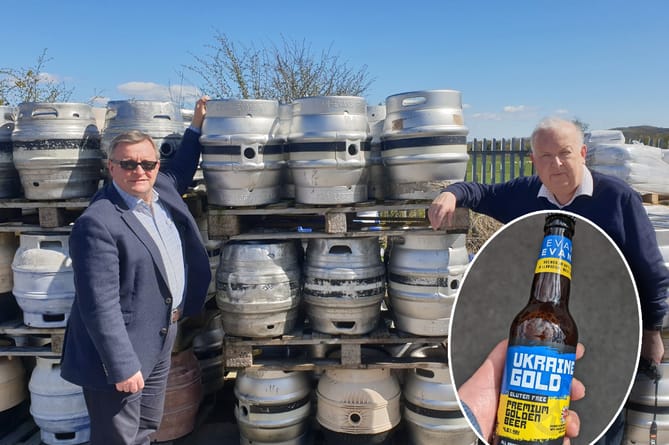 A former Brecon landlord, whose family have been involved in brewing beer for two and a half centuries, has formed a partnership with a major Ukrainian brewery.

Leading Welsh brewer Simon Buckely, who was previously the landlord of the George Hotel in Brecon, has formed the partnership with Pravda Brewery in Lviv, Western Ukraine, to raise funds for essential humanitarian relief.

Simon, the chief executive of Evan Evans Brewery in Llandeilo and whose family marks 250 years of continuous brewing tradition in West Wales this year, said he could not ignore the brewery’s cry for help.

It was three weeks ago that Pravda Brewery put out a request to the international brewing community for assistance to raise money for humanitarian causes in Western Ukraine.

The brewery asked for help to fundraise for essentials like food, water and clothes in their area which is increasingly under intense shell fire and attacks. 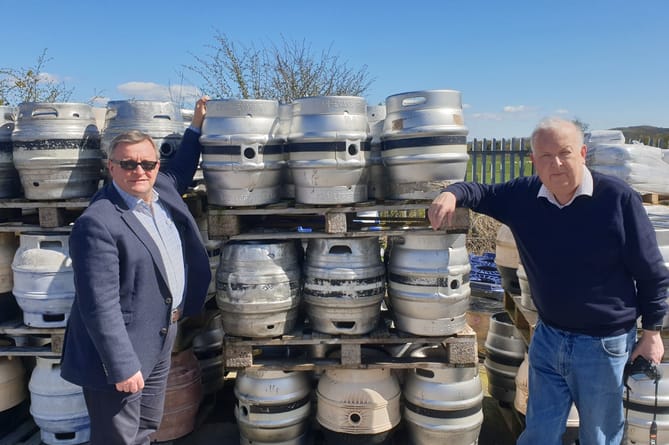 Simon said: “My family have brewed beer here in Wales for over 250 years, and we felt that we should try and help in whatever way we could. None of us here in the safety of our homes will ever understand the terror of this conflict.

“We have with the help of our team here in Llandeilo, brewed a new beer we have called Ukraine Gold. It’s a delicious 4.6 % Golden beer, easy drinking with a crisp malt and citrus hop finish. This is a great beer and should be drunk slightly chilled, and is a good accompaniment to fresh fish, Poultry, and all vegan foods. Ideal for BBQ’s, and family occasions.

“We responded to the plea for Help from Pravda Brewery in Lviv Ukraine. They had stopped brewing beer to start making Molotov Cocktails, and they asked the International Brewing community to help them raise money to help buy food, water and clothing for the bombed out homeless of LVIV. How could you resist?”

With a population of over 700,000 people, and the sixth largest city in Ukraine the cry for help could not be ignored.

The brewery put forward for Evans Evans to brew beer and donate the profits to them to get much needed relief.

Simon said: “When you drink this beer, you can feel confident that you are contributing to the Pravda Brewery fund, and that Yuri and the team there will put our contribution to good use helping those people who through no fault of their own are now homeless, displaced and with no food or shelter.

“Of Course, our contribution will only be a small gesture, but the people of the UK and Wales in particular, are known for their generosity, and I hope that our efforts will in some way make for a better life in these horrendous times.

“Help us to help them, we are ready to brew as much beer as we can sell, all we need is your help.”

Simon added that they are aiming to brew 1000 cases of the beer per month and they will keep going while there is still demand in the UK. 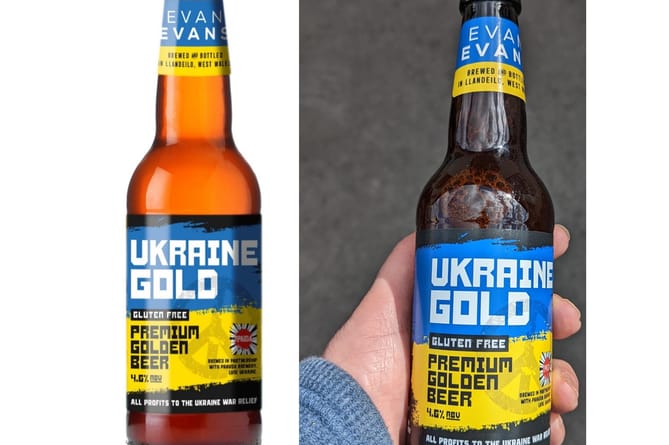 Evan Evans is looking to donate all the profits from the Ukraine Gold sales to the Pravda fund with the vegan-friendly and gluten-free beer being released in batches on specific dates to allow the brewery to maintain stocks.

The bottled beer should be with consumer within ten days of being ordered - money raised from Ukraine Gold will be ring fenced and sent to help in Lviv every week.

Simon, who said the amounts contributed will be updated on the brewery website, added: “If you have been moved by the appalling human suffering in Ukraine here is an opportunity to do something to help whilst at the same time enjoying a great bottle of beer.”

The beer will be released in batches, and can be purchased online at the Evan Evans Brewery website with all profits going to the fund.

In recent weeks, the UK has been left in shock at the scenes of war and wanton destruction from Ukraine following Vladimir Putin’s war of aggression on the country.

With many residents across Britain asking how they can help, donating funds, providing emergency supplies for the borders as well as receiving hundreds of thousands of refugees.

Simon set things in motion after he was alerted to Yuri Zastavny, the owner of Pravda Brewery, by the Powys County Councillor for Talgarth, William Powell, after Yuri’s BBC News interview.

Yuri has been on the news globally as he joined Ukraine’s resistance efforts by making Molotov cocktails.

Yuri told Fox News host Bill Hemmer that when the brewery was not able to make beer during the invasion, they decided to join the Ukraine Government’s call for citizens to defend their country.

He told the American news channel: “Small craft brewers, they need to make something. They can’t just sit idle, so we decided to use our chemical skills and our own labor to do something that requires precision and safety—exactly like beer.”

For many weeks the Lviv based brewery stopped beer production in favour of producing the homemade explosives to enable other ordinary Ukrainians decent their homeland.

However Pravda Brewery has now decided to tap into the well of good will across the world, by forming partnerships with brewers and well wishers overseas to help raise vital funds.

Within days, Simon Buckley had firmed up the partnership between Pravda and Evan Evans and a special collaboration ale, Ukraine Gold (4.6%ABV) is about to hit the market.

Commenting on the Ukraine Gold partnership, Cllr William Powell said: “The ongoing war of aggression in Ukraine is devastating, but the generosity of people all over Wales and the wider Europe gives us hope.

“I commend Simon Buckley for teaming up with Yuri at Pravda Brewery, to make this partnership a reality. I hope it will be a resounding success, raising vital funds for this urgent cause.”

For more information, including how to buy a case, visit www.evanevansbrewery.com.