The new energy parks could power over 125,000 homes 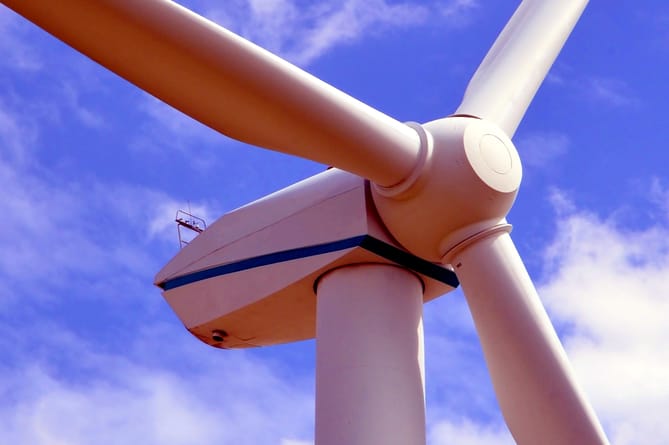 Situated around 2km southeast of Llangurig, the Rhiwlas Energy Park proposals include the construction and operation of up to 15 wind turbines with a maximum blade tip height of 200m. The plans may also include photovoltaic solar panels and battery storage, subject to further technical studies.

The Banc Du Energy Park site is located approximately 2km to the northwest of Llangurig and includes up to seven wind turbines with a maximum blade tip height of 200m. Like Rhiwlas, the plans have the potential to include photovoltaic solar panels and battery storage.

Both sites are currently a mix of grazing land and hilltop moorland, with some small blocks of forestry. The operational Bryn Titli wind farm is situated to the south of the Rhiwlas site, and Bryn Blaen wind farm lies to the east of the Band Du site.

Based in and focused on Wales, Bute Energy is seeking to deliver a portfolio of energy parks, with suitable infrastructure, using the latest proven technology to deliver onshore renewable power generation across various sites in Wales.

The scoping requests, submitted to PEDW as the body responsible for determining large scale energy projects in Wales, will ascertain the environmental and technical information required to take forward the plans.

In April 2019, the Welsh Government declared a climate emergency and has since committed to a target of producing the equivalent of 70 per cent of electricity consumption in Wales through renewable sources by 2030. Powys County Council also declared a climate emergency in September 2020. Combined, it is estimated that the two energy parks could generate up to 145 MW of electricity, which is equivalent to providing enough power to meet the annual electricity needs of approximately 125,500 homes.

“We are committed to working closely with local communities in relation to both the Banc Du and Rhiwlas projects. We look forward to engaging later this year and throughout the development process. Bute is committed to designing projects to the highest standards, working within the recognised guidance of the Welsh Government, and following the best practice of Wales’ national spatial strategy Future Wales.

“Our experienced team will be supported and guided by specialist advisers and technical experts to ensure our planning applications assist in addressing key national priorities to deliver a vibrant economy, achieve decarbonisation and climate‑resilience, and improve the well‑being of our communities.”

Bute Energy will be providing further information about the emerging plans during its first phase of early community engagement later this summer, where those interested in the projects will have an opportunity to find out more and speak to the project team.

This will be followed by a statutory consultation on the detailed proposals and draft technical documents before the plans are finalised and a planning application submitted in 2023.

Bute Energy is also preparing a scoping request for submission to PEDW over the coming weeks for Nant Mithil Energy Park, at Radnor Forest, which will also be consulted on in late summer.

Alongside its energy park plans, Bute is developing a grid development strategy and is currently assessing potential route corridors to connect its mid Wales energy parks to the National Transmission System operated by National Grid. The first public consultation on these grid connections is planned for later this year.