Cost of living crisis: thousands of Powys homes could be eligible for council tax rebate 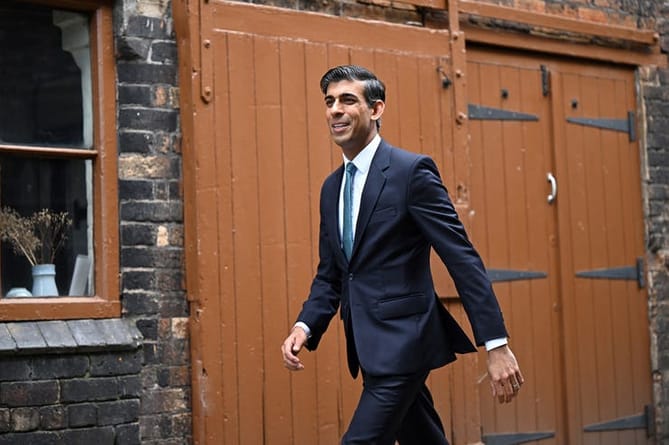 Mr Sunak unveiled a range of financial support on Thursday to add to the £150 council tax rebate for almost every house between bands A to D.

This included a universal £400 grant to help pay for rising energy bills in October, a one-off £650 payment for those on means-tested benefits, a £300 grant for pensioners receiving winter fuel payments and £150 to those receiving certain disability allowances.

Valuation Office Agency figures show there were 38,750 properties classified between council tax bands A to D in Powys as of March 31 – 59% of the 65,510 total households in the area.

Across England and Wales, 21.4 million of the 26.6 million total properties are in bands A to D.

All occupiers in these properties are eligible for the rebate, except for where the owner is liable for council tax, such as a house of multiple occupancy or residential care home.

Charity National Energy Action praised the more targeted help ahead of an “utterly disastrous” winter for many who will be pushed into fuel poverty, but said this does not apply to the council tax rebate.

NEA said the current classification misses 600,000 households on low incomes, that vulnerable people not paying by direct debit are finding it difficult to access the rebate and that it holds “serious concerns” about the implementation of the rebate.

“Councils across England and Wales have their own way of administering the scheme, creating a postcode lottery for struggling households,” added chief executive Adam Scorer.

On announcing the £15 billion support package, which will be part-funded by a windfall tax on oil and gas firms, expected to raise £5 billion, Mr Sunak said: “This Government will not sit idly by while there is a risk that some in our country might be set so far back that they might never recover.

“That is simply unacceptable, and we will never allow it to happen.”

Mr Scorer said the Government’s extra response “averts the darkest of outcomes and offers some hope to the millions of fuel poor households across the UK”, but also called on more long-term action.

“The Government urgently needs to plan for energy prices to remain high for the longer term,” he added.

“This must include a social tariff, setting an affordable price of energy for the poorest households.”