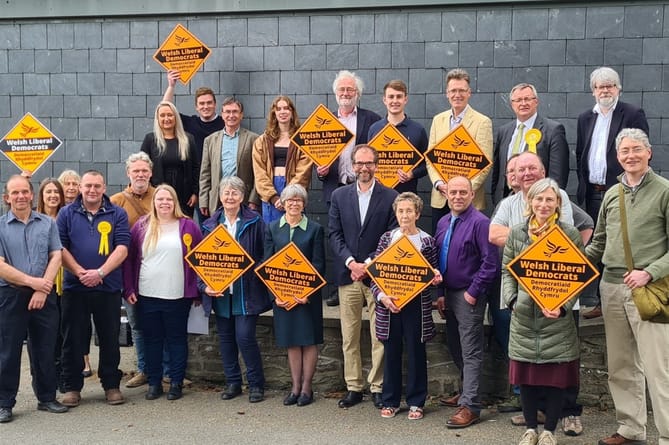 The Welsh Liberal Democrats have emerged from yesterday’s local elections as the largest party in Powys leapfrogging both the Conservatives and Independents.

Among the victories thought out the day, the Welsh Liberal Democrats unseated the incumbent leader of Powys County Council. Independent Rosemary Harris, who was beaten by Liberal Democrat candidate Jackie Charlton in the Llangattock and Llangynidr ward.

Other notable results include the election of Glyn Preston to Llanidloes who at 22 is the youngest councillor elected in Powys since at least reorganization in 1995.

“The results yesterday in Powys really are seismic and the Welsh Liberal Democrats now have the highest number of councillors on the council ever.

“The results here tell us that politics in the county is changing once again. Our team ran a really fantastic, positive campaign that resonated with voters who were fed up with mismanagement by the Conservatives and Independents.

“We’ve had a terrific range of hard-working and diverse candidates elected, including our highest ever number of female councillors in Powys and a number of energetic young candidates.

“These results not only put us in a strong position for local Government, but shows that the work we have been doing to rebuild the party as a serious political force in Powys is working and we will be looking forward to Westminster elections.