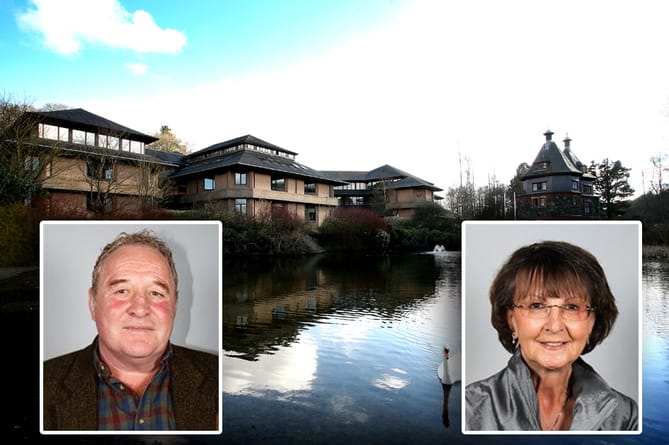 At the moment 16 of the 17 that were elected as independents on May 5 are bunched together in one group.

Cllr Geoff Morgan who topped the poll in the Ithon Valley is now officially noted as a “Non-Affiliated” councillor.

On Monday, May 16, Independent councillors met to discuss their future and elect a new leader.

School’s closure delayed after church challenge review did not materialise

This follows the defeat of former council leader and Independent group leader, Rosemarie Harris at the election.

Following a tied vote, it emerged that both former cabinet member Cllr Heulwen Hulme, and Action for Powys founder, Cllr Jeremy Pugh will function as joint leaders, for now.

Cllr Hulme said: “We’re running as one joint group until the annual meeting, what happens after that, I’m not too sure.”

Cllr Hulme added that Cllr Gibson-Watt had approached the group and that the group will need: “another meeting to discuss that.”

Cllr Jeremy Pugh said: “We’ve come together and are trying to find a way that’s acceptable to all of us to go forward as one Independent group.

“I have spoken to James (Gibson-Watt) briefly.”

Cllr Pugh said that Cllr Gibson-Watt is expected to set out his vision for Powys County Council – which will then be discussed by the whole group.

Cllr Pugh added that he had not been offered a post in the cabinet and that there was no “deal on the table” at the moment.

Cllr Pugh said: “Everything is quite laid back – the worst thing anyone could do is rush into things and then find it’s a complete mess.

“I’d rather take time and get something together that could be successful.

“What counts is getting the right end result.”

The one big “original” Independent group which shared power with the Conservatives had seen rifts and splits over the five-year period of the last administration.

This saw councillors leave to sit as unaligned members. or form other groups such as Action for Powys and the New Powys group.