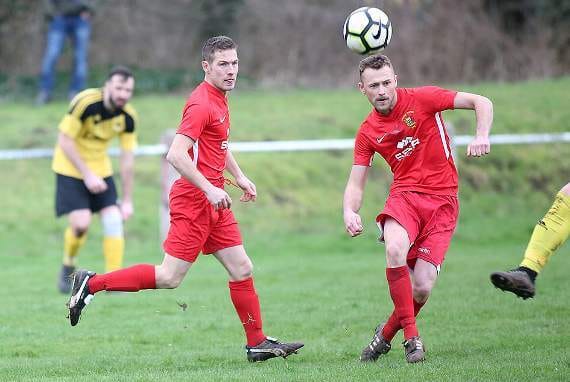 BRECON Corries will make their return to mid Wales football this Saturday when they travel to Presteigne Reserves.

The Corries were part of the mid Wales system when they were established in 1946 but have spent at least the last 40 years playing in south Wales football.

Last year the Corries finished ninth in South Wales Alliance League Premier Division that is just one step below Welsh League Division Three, the fourth and bottom tier of the Welsh football pyramid.

But over the off-season the committee agreed to move across from the South Wales FA to the Central Wales system.

The Corries, who will this season play at the recreation level in the Watsons Financial Mid Wales League (South), remain at step five of the Welsh system but due to their former status in the southern leagues are heavily fancied this season against opposition mostly drawn from Brecon and Radnorshire.

The Corries will open their home schedule, in their first mid week match, when they welcome another of their most local rivals, Builth Wells Reserves, to the Rich Field on Tuesday, August 20.

The move has been made at a time of a significant restructure of the domestic game in Wales.

The 12 team Welsh Premier League, which kicks off this weekend, has been rebranded the JD Cymru Premier and the two divisions below it, which until this season were separate leagues not directly controlled by the Football Association of Wales (FAW), have been brought into the fold of the new Cymru Leagues.

‘Cymru North’ and ‘Cymru South’ replace the Huws Gray Alliance and Welsh League Division 1 respectively, with both leagues coming under the FAW’s jurisdiction for the first time.

The winners of the MMP Mid Wales League Division One have traditionally been promoted to the north Wales Huws Gray Alliance League.

The Corries, who have insisted they will not be taking their new opponents lightly, will be aiming for promotion which would normally, from the Mid Wales (South) league, be to the MMP Mid Wales League Division Two which is currently the fourth tier of the Welsh pyramid.

But from the 2020/21 season the FAW’s restructure will reduce the pyramid to just three tiers with new regional leagues, of 16 clubs each, established at the third tier in place of the current leagues including the MMP Mid Wales League Division One.

Should the Corries be able to win promotion from the Mid Wales League (South) and from the league above it they would hope to be eligible for one of the new tier three regional leagues, which would likely see them play sides from south and east Wales.

During their time in south Wales football the Corries competed for honours at the top of the Welsh league, in the 1990s, and during the 1980s would compete against reserve sides from Cardiff City, Newport and Swansea in the Welsh League.