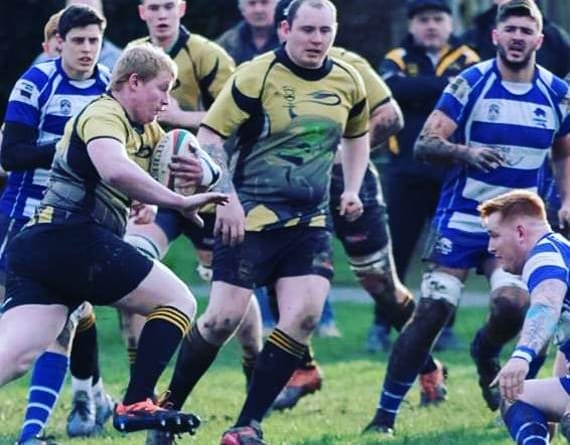 The home side scored three tries in the first half and claimed the bonus point early in the second half to complete the scoring.

Overnight frost gave way to some muddy conditions but the Bulls made the most of the conditions to build a 21 point half time lead.

Alex Brown opened the scoring with a well drilled pushover try and fellow forward Lucas Evans claimed the second try, touching down under the posts.

Flanker Hugh Price stood out in a dominant performance from the Builth pack while centre Tom Davies, who scored the third try, registered the first touchdown from the backs.

Ben Pugh grabbed the bonus point try before the game faded into a forgettable second half.

Builth remain in fourth place in the league and the victory also helped Breconshire rivals Ystradgynlais who moved up one place to 10th, with Sports falling to 11th, in the table.

The Blues defeated mid table Heol y Cyw with a 20-8 road win on Saturday which saw the visitors run in three tries.