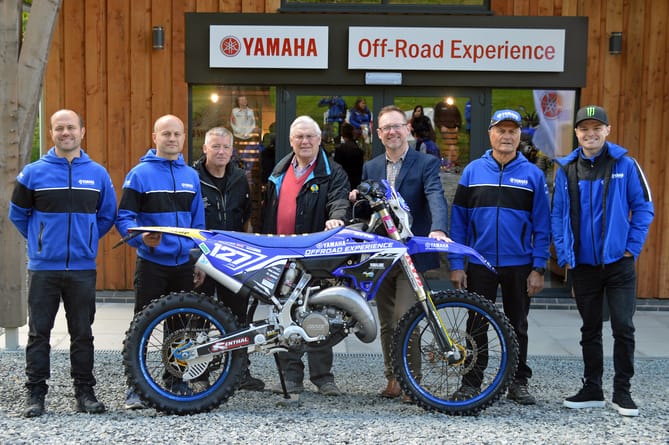 The popular centre lies within the Cambrian Mountains near Llanidloes.

The Welcome Centre, which has a range of quality facilities, including a VIP shower and changing rooms, toilets and kit and drying room, features timber cladding and a porch constructed from larch trees grown on the Jones family’s 300-acre farm.

Built in partnership with Yamaha over the past year, the centre is heated by a woodchip biomass boiler and powered by electricity generated by wind turbines and solar panels.

Tarran Mackenzie said it was his first visit to the Yamaha Off-Road Experience. “I had heard about this place but I didn’t realise just how big it was,” he added. “I definitely want to come back with my family.”

Harry McKenzie, marketing co-ordinator for Yamaha Motor, said the new Welcome Centre had been built to provide customers with the ultimate experience in off-road riding and training.

The centre exclusively uses Yamaha motorbikes and he added that he was excited to see the new building now open after a lot of hard work by the Jones family.

Geraint explained that his family’s farm was first used for off-road motorcycling in 1965 by a group of local riders. He was allowed to have a go on the bikes and he was soon hooked, going on to ride his first ‘scramble’ in 1967.

He rode his first enduro, the Welsh Two-Day Enduro in Llandrindod Wells, in 1977 where he finished sixth. The following year, he finished fourth and, in 1979, he won the first of his 10 British Enduro Championships.

In 1991, he began riding for Yamaha, a relationship that is still going strong 31 years later. Geraint represented Great Britain 11 times and rode for Wales once.

Launched in 1994, Yamaha Offroad Experience is the longest established motorcycle experience and training centre in the UK. It evolved from the Geraint Jones Enduro School which began in the mid-1980.

Yamaha provides the motorbikes and the Jones family provides the coaches and land to ride on. The NRW also allows the business to use some of its land. The family farm backs onto the 10,000-acre Hafren Forest and Sweet Lamb motorsport complex.

Dylan explained: “We have trained thousands of people over the last 28 years, from complete beginners to international riders. We have a variety of terrain, from farmland and open hill to the vast forests, including the motorsport mecca Hafren Forest.

“This is enduro heaven and has staged British, European and World Enduro Championship events over the past 20 years.”

Rowan explained that the new Welcome Centre was built because the business had outgrown its previous facilities in terms of capacity and customer expectation. The family’s ethos is to support local hospitality businesses.

He thanked Yamaha for its continued support and partnership, the NRW for allowing some of its land to be used and the business’ “great staff” and suppliers. 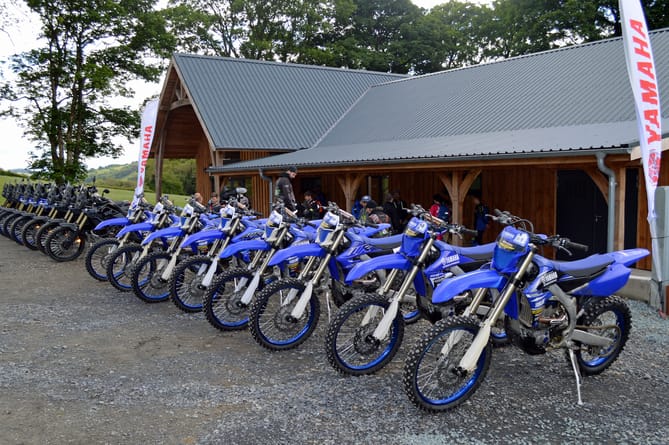 Montgomeryshire’s Member of the Senedd Russell George said: “It’s great to see this investment by the Jones family who have been running this business for many years. We need more attractions like this in Montgomeryshire for visitors who generate money for the local economy.”

Councillor Gareth Morgan said: “Mid Wales in general and Llanidloes in particular should be very proud of what the Jones family has achieved with this successful business over the years.

“This business attracts quality visitors who contribute to the local economy throughout the year by supporting hotels, restaurants, guest houses, pubs and B&Bs.”

The Yamaha Off-Road Experience is a member of MWT Cymru, a membership organisation that represents more than 600 tourism and hospitality businesses across Powys, Ceredigion and Southern Snowdonia.