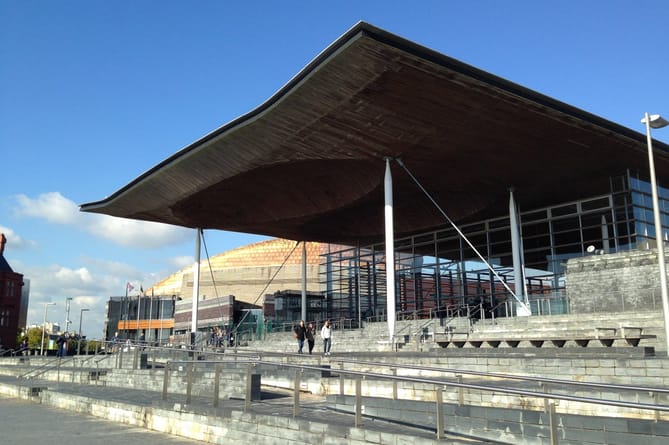 The number of complaints against Senedd Members in the past year fell from 216 to 44, a decrease of 79% according to the annual report of the Senedd Commissioner for Standards which was published today (16 May 2022).

38 (86%) of the 44 complaints received were found to be inadmissible, mainly due to a lack of sufficient evidence. The six complaints that were admissible were all for breaches of a minor nature.

Senedd Commissioner for Standards, Douglas Bain said; “The record drop in the number of complaints against Senedd Members is most welcome and again proves close scrutiny by the

More refugees due in Powys arrive in UK

public of how Members behave.

“When the public believe that a Member has fallen short of the required high standard of conduct it is right that a complaint is made and considered by the independent Standards Commissioner.”

The reason for the significant drop in complaints cannot be clearly determined but it’s likely to be due to the absence of Neil McEvoy and other Members who generated most complaints in the past couple of years, a better understanding by Members of comments made on social media and a new, clearer Code of Conduct.

“These latest figures do show that almost all Members continue to observe the high standard of conduct rightly expected of them.’’

Another welcome development over the past twelve months is the total absence of political point scoring, where Members would make a complaint against another Member for political gain.

Whilst the level of inadmissible complaints continued at a high level, the Code of Conduct that came into effect at the commencement of the Sixth Senedd has played a part in reducing this wasteful activity.

As a result, the running costs for the Office of the Senedd Commissioner for Standards have been reduced by 33%.

Mr Bain concluded; “As I predicted in last year’s annual report, with the new Code of Conduct now in place we have seen a significant reduction in the number of complaints in 2021-22 which has had a positive impact both on my office workloads and budgets.”

The report gives other complaint related statistics for the last five years.