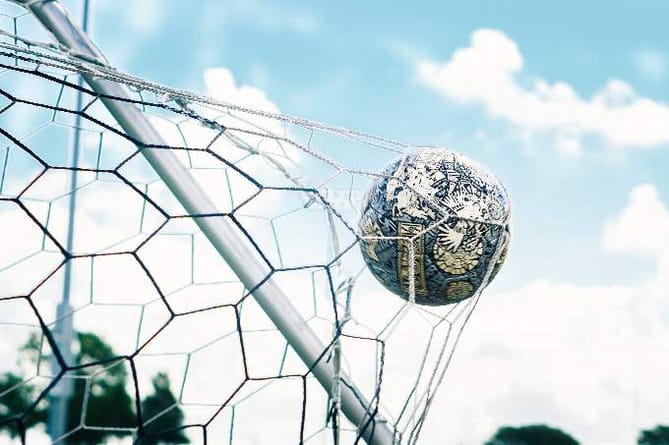 Knighton Town have dropped a bombshell by withdrawing from the MMP Mid Wales League (East).

The Radnor Robins had a strong start to the campaign under new player-manager, Mark Jones beating title favourites, Brecon Corries in their opening league fixture.

They attracted good crowds winning five and drawing one of their opening six games and were being touted as possible title contenders.

Jones stepped down in the aftermath of a 10-0 league defeat at Forden United on November 27 and Knighton conceded their League Cup tie at Barmouth the following week.

League Secretary Lloyd offered Knighton a few weeks off to get themselves sorted, an offer they originally accepted, but with other players defecting, Monday’s telephone call from club chairman, Gary Cooper advised that The Robins were pulling out.

A statement on the club’s website later in the week read: “Knighton Town Football Club have been forced into pulling out of the Tier Four League as soon as possible.

“It is with great sadness, frustration and anger that the decision has been made by the Committee of Knighton Town Football Club. We were left with no option ,with our first team manager standing down and long term injuries to a number of the first team squad, then losing other first team players so quickly giving us no time to regroup and steady the ship.

“We thought this was going to be our year with a good young local group of players to move the club forward. There seems to be a lack of commitment and loyalty to rise above issues throughout the season and to roll up their sleeves and keep going. But we will not lie down and die, we will keep going because there are a lot of local people and supporters who want us to succeed.

“We apologise to the other clubs in the league and to our supporters and sponsors. Our aim now is to give one hundred per cent to our Reserve team and junior teams.”