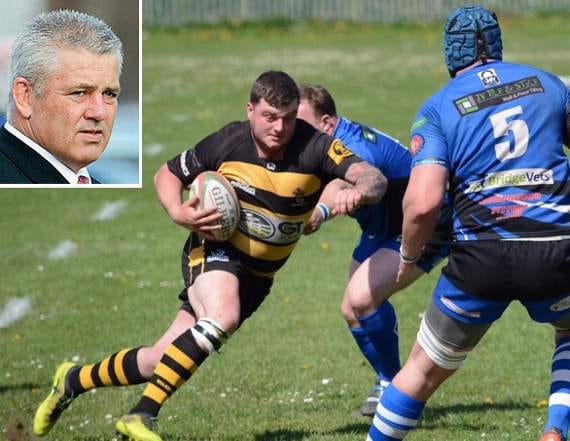 The mastermind behind the last three Welsh Grand Slam triumphs took time out from his preparations for Wales’ assault on this autumn’s Rugby World Cup in Japan to send a good luck message to the Parc Broyd side.

Crick’ face Pontypool side West Mon in the Ivor Jones Cup Final at the Memorial Park in Pontypool, the home of Pontypool United this Friday night, April 26.

The Breconshire side have enjoyed considerable success in the cup competition for Pontypool and district sides in recent years so much so that the Ivor Jones cup has found a happy second home in south eastern Breconshire.

And Wales boss Gatland has told the side, who currently play in WRU Division 3 East C, to win the cup on Friday.

In a message that has been shared on the club’s social media accounts the man who guided former London side Wasps to European Cup glory said: "Hi guys Warren Gatland here.

"Just want to wish Crickhowell RFC all the best in your Ivor Jones Cup Final.

"Go out there represent the club with pride, hope you guys have a great night and a fantastic victory."Click on the link below to see Warren Gatland's message

The two sides last met in the league in December when Crickhowell recorded a narrow 25-22 victory over West Mon avenging an opening day loss by just two points.

The September fixture finished 35-33 in Wes Mon’s favour and both league games suggest the cup final should produce a thriller under the Friday night lights with kick-off at 7pm.

Crickhowell have already completed their league season and are currently fourth in the table while Friday’s opponents West Mon are sixth in the table but even with a game in hand are 14 points behind Crick’.

Over the season Crickhowell have won seven and lost seven and drawn two games and while they have have scored 62 tries and 421 points they’ve also conceded 52 tries and 385 points.

West Mon have only won five games this term and lost nine and drawn one. They have also allowed more tries, 60, and scored fewer, 48, than Crick. In total West Mon have scored just 318 points and given up 394